Cornish Pirates / Flanker Will Gibson Signs for The Pirates

Flanker Will Gibson Signs for The Pirates

Flanker Will Gibson Signs for The Pirates

A latest signing confirmed by the Cornish Pirates on a one-year contract is that of flanker Will Gibson.

Portsmouth-born, but raised in Cornwall, the 22-year-old former Helston and Penryn player, who has in the past played for Exeter Chiefs under 18s, Truro College and Cornwall under 20s, has captained Cardiff Metropolitan University in 2020/21 and was the BUCS Fans Player of the Year in 2019/20.

It is great that we are bringing in another young such player as Will – like honey and truffles we get them!

Will comes highly recommended, having been outstanding at University level and as someone earmarked to go on to the next level of professionalism.

We have had the opportunity to see him in training over a number of
months, and delighted to now offer him a contract we look forward to aiding and watching his development.

To get an opportunity in current circumstances to play professional rugby I feel privileged, but the fact that it is in my home county makes it even more exciting. Growing up a first taste of live rugby was coming to watch the Cornish Pirates, and ever since my aspiration has been play at the level.

I am already really looking forward for the season to start again, to continue my development in the game surrounded by so many top players, and to evolve in the constantly challenging environment moulded by the club’s coaching staff. 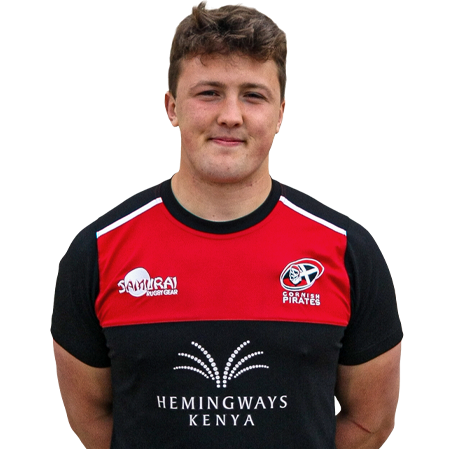