Having played two seasons for the Cornish Pirates, after undergoing a knee operation fly half/centre Javier Rojas Alvarez will not be returning to Cornwall. However, the news is tempered by the arrival of exciting young fly-half prospect Harry Bazalgette.

It was first announced in April 2018 that Argentine international Javier had put pen to paper on a one-year contract, during which he made 21 appearances and accumulated 121 points. Pleasingly, he then returned for a second year, and in the Covid-curtailed 2019/20 season once again made 21 appearances and scored a further 158 points.

During his time with the Cornish Pirates, Javier, now aged 29, proved not just a quality performer but also someone who was respected and had fitted in well.

Wherever my career has taken me, I try to learn as much as possible, which was certainly so at the Pirates.

Learning so much more than just rugby, my thanks are extended to the many people who supported me and who I got to know. It was a great experience and a time that I’ll never forget.

With the support of the many people in the community of Cornwall, I wish the Cornish Pirates all the very best in the future for the club to fulfil its ambition.

As for Inverness-born Harry, aged 22, the former Dorset & Wiltshire under 20s representative has played senior rugby for Wimborne RFC and for Exeter University RFC.

During his time at the University of Exeter, on the rugby front he proved to be a prolific points scorer with the boot, who also appreciated the help and opportunities given him by coaching personnel Keith Fleming, Richard Hodges, Haydn Thomas, and Tony Yapp.

Brought to our attention, looking at Harry play and then seeing him training we liked what we saw. He has a strong kicking game, leads by example and has good knowledge and game management for a young man.

Although not tested at Championship level, Harry undoubtedly shows considerable potential and is someone who will be exciting to work with.

Graduating with First Class Honours in BSc Mathematics with Finance, Harry is presently studying MSc Finance and Investment. Also, as a Student Ambassador at the University of Exeter, he has been an ‘Oddballs Ambassador’, helping to raise awareness of testicular cancer, as well as encouraging people to talk about wider health issues. 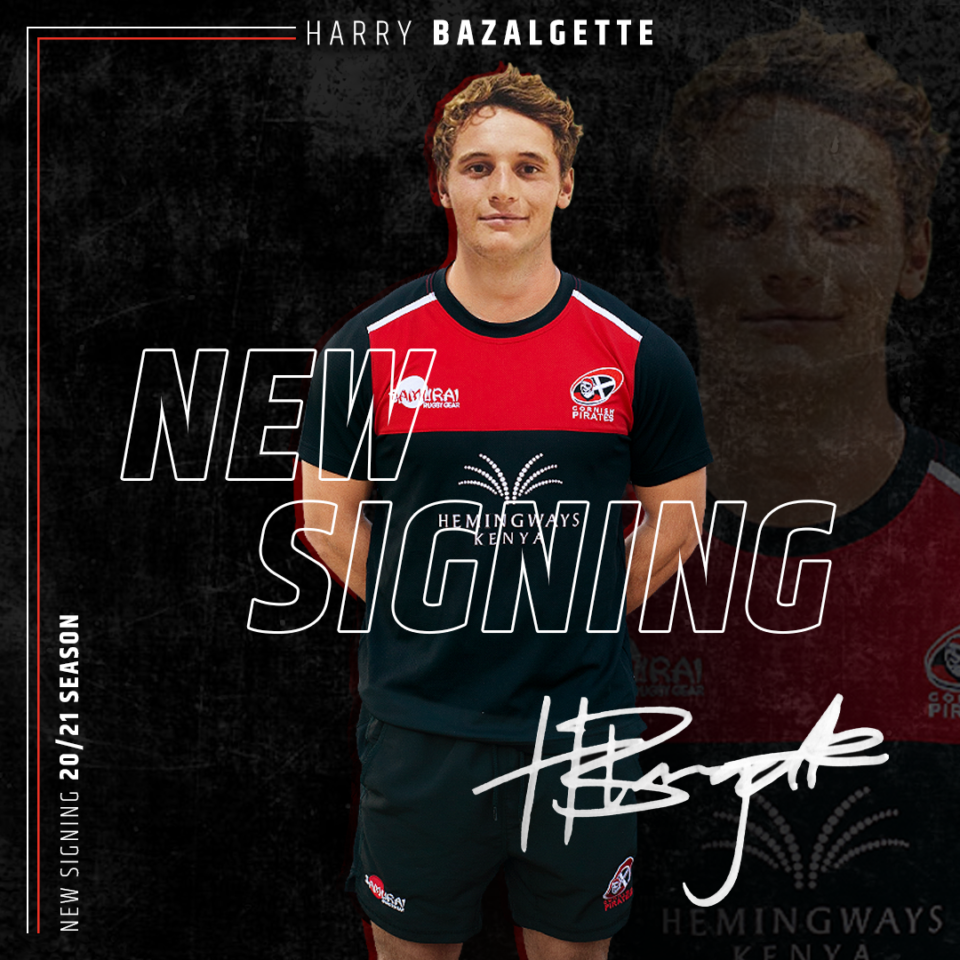 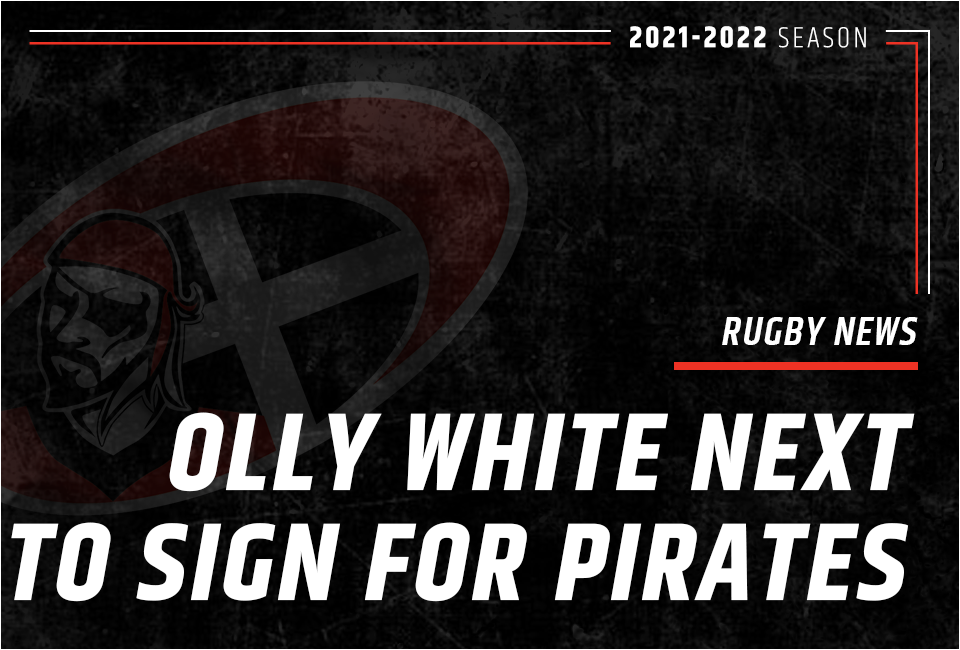 A next new signing putting pen to paper on a one-year contract for the Cornish Pirates is backrower Olly White. 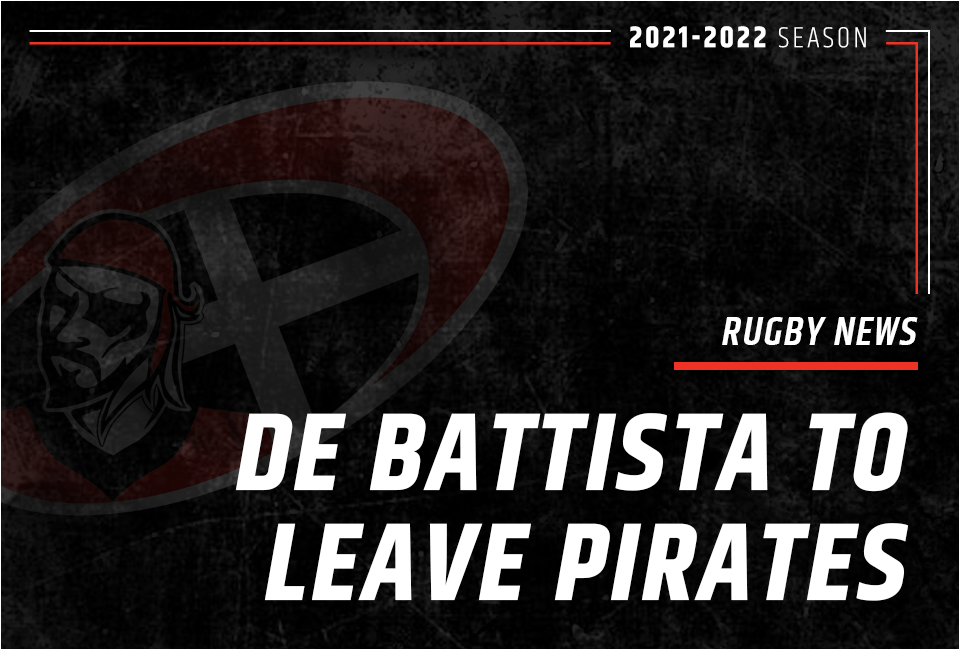 The Cornish Pirates can confirm that their club captain for the past two years, centre Nicolas De Battista, is stepping down from full-time professional rugby. 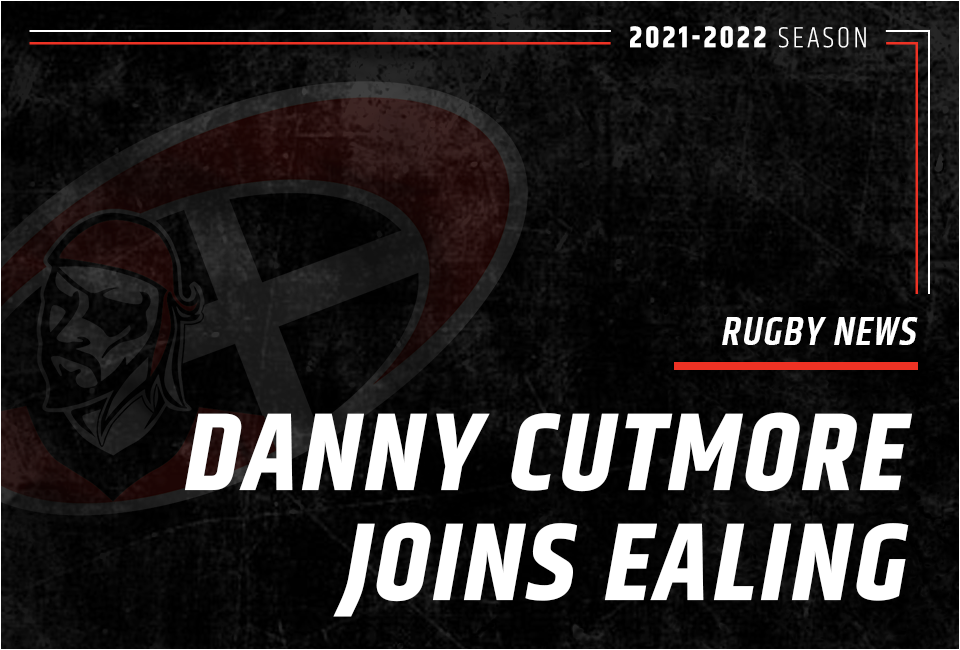 The Cornish Pirates can announce that their Watford-born lock Danny Cutmore, aged 24, is leaving the club to join Ealing Trailfinders.