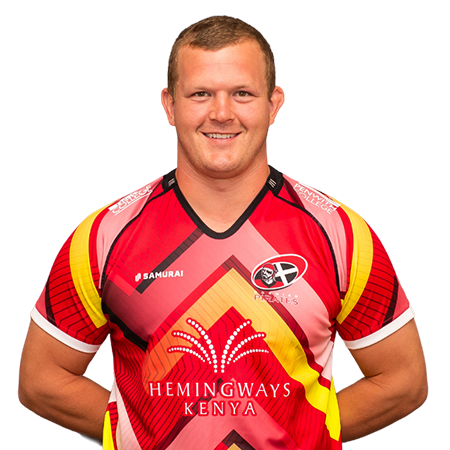 Nearing the end of the 2021/22 season, Will’s name was the first new player announcement made ahead of the 2022/23 campaign.

The Solihull-born hooker, who was educated at Arden School in Knowle, Solihull, before attending Hartpury University to complete a degree in ‘Sports Business Management’, signed a one-year contract and joined from Championship rivals Hartpury where he was a try-scorer in their 37-18 win against the Pirates in September 2021.

Having previously played for Birmingham & Solihull, Moseley, and Excelsior Blues in New Zealand, Will had been with Hartpury for five years. He captained the side and was a member of the England Students squad during the ‘Covid’ year. Also, during the interrupted 2019/20 season he featured as a replacement for Gloucester Rugby away to Exeter Chiefs.

People who influenced Will before his arrival at the Cornish Pirates included his mum. He describes her as the toughest and hardest working person he knows, who motivates him to work hard whilst still having a smile on his face! He also praised all the coaches at Hartpury, through the University and into the RFC side, as they were all a massive part of his development.

As for hobbies and interests, Will enjoys cooking and golf, and prior to his arrival was looking forward to getting into surfing again and exploring Cornwall’s many great beaches.