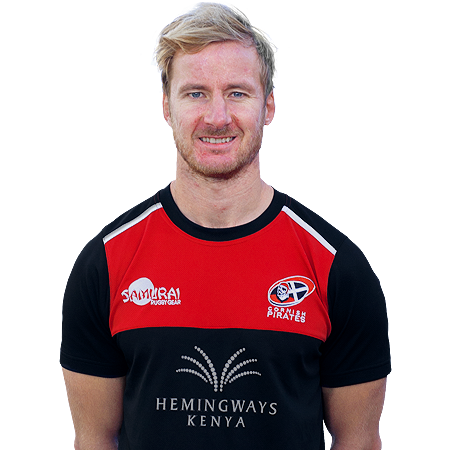 The Cornish Pirates announced in May 2015 that Will had signed for the club.

A former Sandbach RUFC youth player, in addition ‘Cargs’ played for Sandbach School and was also selected for two tours with the Scottish Exiles whilst at Colts level.

As a senior player he played seven seasons at fly-half for Sandbach, helping them gain promotion to National League 3. He also represented Cheshire at county level and was a senior academy player with Yorkshire Carnegie.

Playing three seasons for Leeds Beckett University, the latter two as captain, was an enjoyable experience, and in March 2015 he proudly led them to a stunning 31-23 points victory against Loughborough University in the BUCS final.

2015 was clearly a memorable year for Will, for besides signing for the Cornish Pirates, he had been presented with the BUCS Player of the Year award, was named as Leeds Beckett’s Sportsman of the Year, and had also played for England Students.

In his first five seasons in Cornwall, Will made 110 appearances for the club, and in the process amassed 576 points. He has also been a trophy winner, having been presented with the ‘Sportsman of the Year’ award at the end of the 2018/19 season, and then being named ‘Clubman of the Year’ for 2019/20.

Although rugby is his main sport, Will enjoys and plays tennis to a fair standard, and he is also a gifted musician.

I cannot travel without coffee

Either a lions tour or the ashes in Australia

I don't really dread any training drills, but I don't look forward to physio with Simon or Gareth. sports massages can be painful!

Ex pirate Bar Bartlett. I would love to know what goes through his head. He also believes he's a turkey sometimes and that interests me a lot.

BBQ at Gwenver when the suns setting

Honestly I think I would like to be a footballer, the money is good and I would enjoy the training. Plus I love being involved in a team.