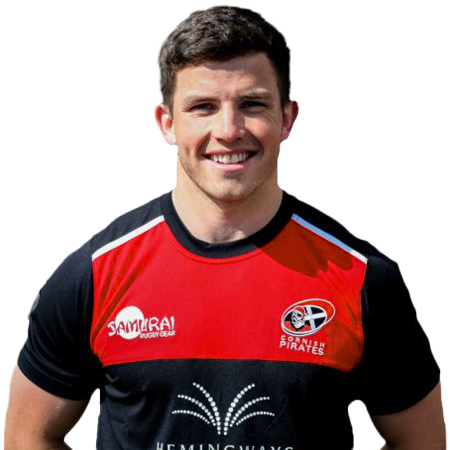 To help overcome their injury crisis, the Cornish Pirates announced in April 2021 that former England under 20s international Will had joined the club on a dual-registration agreement with Worcester Warriors.

Indeed, such was the urgency of the Pirates need, he was quickly pressed into action. Meeting up with the squad on the Friday before an away league game against Nottingham, he made his debut the very next day as a replacement.

Will started playing rugby aged seven at Ledbury RFC in Herefordshire and stayed with them up to under 17s level. Representing Herefordshire, North Midlands and England Lions under 16s, he also scored two tries versus France on his England under 17s debut.

Having been a member of the Warriors Junior Academy, Will joined the Senior Academy in the summer of 2016, following which he was a regular member for Worcester Cavaliers. He also in the 2016/17 season made his first team debut in a European Challenge Cup encounter played against Enisei-STM in Moscow.

Suffering a number of injuries provided setbacks, including in September 2020 when, two months after being appointed Warriors’ Assistant Club Captain, in a Premiership match against Bath he sustained a serious ankle injury.

Back to full fitness proved useful to the Pirates, as this led to the dual registration of a player who, in his spare time, plays golf to a sociable level plus enjoys a bit of fly fishing.