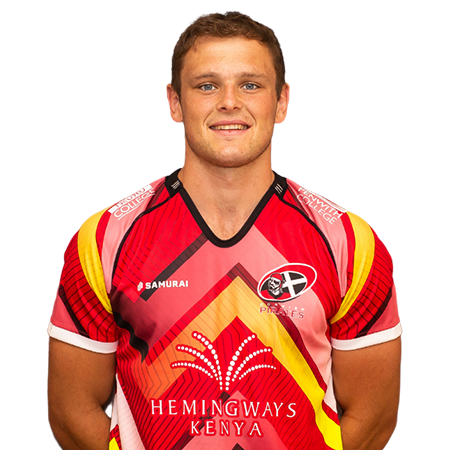 It was announced in February 2021 that Wiveliscombe-bred Tommy would be one of Exeter Chiefs’ players to be dual registered with the Cornish Pirates for the belated 2020/21 Championship season.

Attending Taunton School from the age of 9 to 18, where he completed a BTEC in Sport and Exercise science during his sixth form years, Tommy had also been coached there by former Exeter flyer Nic Sestaret.

Early club rugby was played in the juniors at Minehead RFC before playing Level 8 rugby for North Petherton. Also, along with fellow dual registered player Cory Teague, in 2019/20 he was a National Two South winner with Taunton Titans.

Reference his involvement with Exeter Chiefs, Tommy’s big break came in 2019 when, at Sestaret’s behest, he was invited to play in representative games as part of Exeter’s outreach programme. It was a period when the versatile player clearly impressed, and after training full-time with the Chiefs and making a couple of appearances for their Braves side he was quickly snapped up by the Premiership club for whom, by the time of his dual registration with the Pirates in February 2021, he had made three Premiership Cup and five Premiership appearances.

Tommy’s father Robert who in his playing days featured on the wing for Wiveliscombe RFC, has always provided encouragement and support along with mum Clare, whilst Tommy himself has also enjoyed playing both hockey and cricket at 1st team level at school, plus cricket locally for Winsford CC.