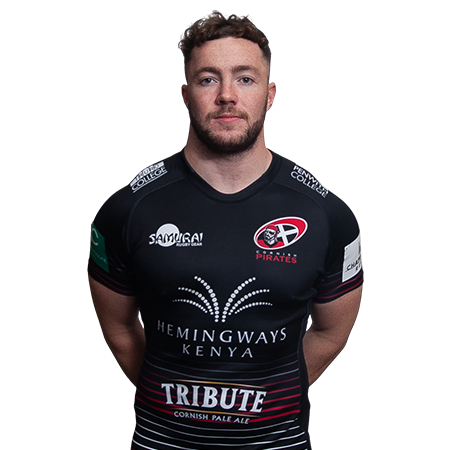 It was confirmed in June 2021 that hooker Syd had signed a one-year contract with the Cornish Pirates.

Educated at Cathedral School in Cardiff and later at Hartpury College, Syd then attended Loughborough University and has also been a postgraduate student at the University of Reading.

A former Wales under 16s (captain) and under 20s player, he enjoyed his junior rugby with Llandaff RFC, was a successful captain of Hartpury College, and has also in the past played for Bath Academy, Loughborough University, Cinderford, and Ampthill from where he had successfully converted from backrow to hooker before joining the Cornish Pirates.

Reference his developing rugby career, Syd especially appreciated the support of his late father, Steve Blackmore. A former Cardiff and Wales prop, who featured for Wales in the 1987 Five Nations and Rugby World Cup, Steve always motivated Syd to play at the highest standard possible.

And Syd’s hobbies? He will be okay to play golf in Cornwall, however skiing is clearly out of the question!

A deck of cards

Bear Williams - just to see what goes through his head!

I love to ski and snowboard