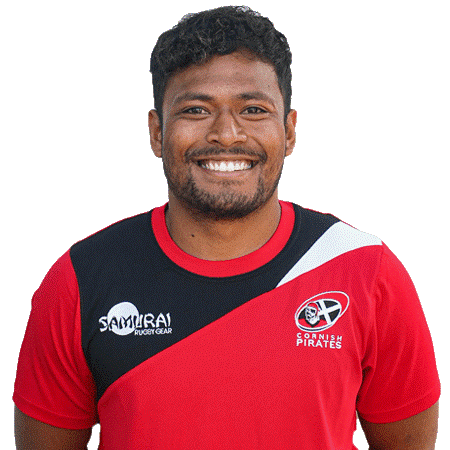 Having impressed during pre-season with the Cornish Pirates in 2019, Suvai signed an Apprentice contract with the club.

A son of former Pirates and Tonga hooker Viliami Ma’asi, Suva was capped by England at under 16 and under 17 levels and has in the past been a member of Northampton Saints under 18 Academy, and Yorkshire Carnegie’s under 18 Academy. Prior to his arrival in Cornwall he had played senior rugby in the centre for Peterborough Lions.

At the time of Suva signing for the Cornish Pirates, Director of Rugby Chris Stirling said:

In the process of converting from a midfield back into a hooker, moving forward Suva is someone who has all the attributes. He has been training with us pre-season and although still learning we are very impressed. With an excellent work ethic and character, he ticks the boxes and is an outstanding young man.

Suva has signed an Apprenticeship contract this year with a view to contracting long term into the future, so I think it will be a very sound and solid investment for both the Pirates and for Suva.

Besides Suva his two brothers also, not surprisingly, play rugby. As a Northampton ‘Saint’, Samson represented England under 20s in the 2019 Six Nations and was selected for the World Championships but had to withdraw because of injury, whilst younger brother Rekeiti has studied at Harrow and has played for London Wasps under 18s Academy.