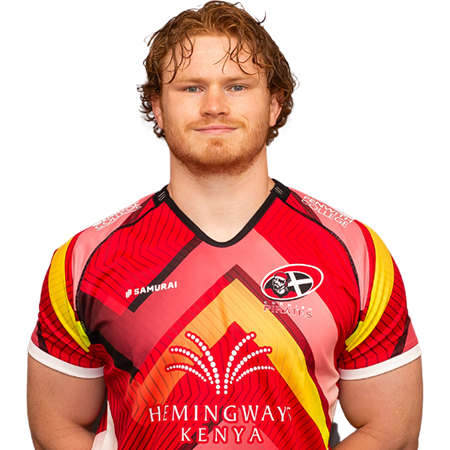 Seb is sponsored by

The Cornish Pirates confirmed in late June 2022 that Seb had signed a one-year contract with the club.

After being born in Hampshire, Seb spent his childhood in Hong Kong and first played rugby there for Valley RFC Academy at the age of nine.  Returning to England in 2007, he was educated at Eastbourne College where he captained both the 1st XV and the 7s team.

From 2012 to 2015, Seb undertook a degree in History at the University College London, and he also started his club rugby career. An experienced performer, he has played for teams including Bedford, Jersey, Rotherham, and Hartpury, from where he was initially loaned to the ‘Cherry & Whites’ of Gloucester Rugby in 2020/21, and then quickly earned a permanent deal for 2021/22, a season which unfortunately saw him injured.

Throughout his rugby involvement Seb has appreciated the support of his parents, whilst away from the game he is interested in art and design. Also, prior to his arrival in Cornwall, he was not at all surprisingly looking forward to trying out surfing.

Seb is sponsored by...