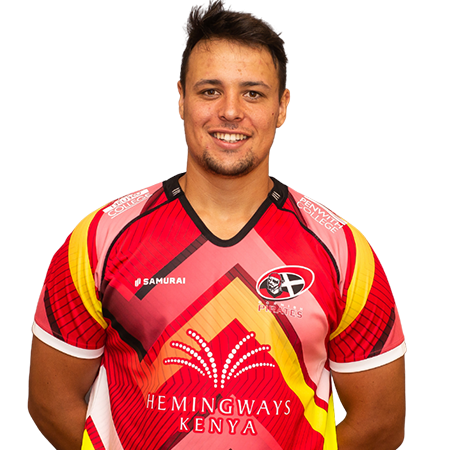 Rory is sponsored by

As the Cornish Pirates continued to strengthen their squad for the 2018/19 season, it was confirmed late in May 2018 that centre Rory had signed a one-year contract with the club.
Australian-born, Rory was educated in Ireland at St. Peter’s Community School in Passage West and at Rockwell College in Cashel. He also, when younger, played Gaelic football.

Rory joined the Pirates from Italian Pro14 side Zebre, having previously represented Munster at youth level and then Irish provincial side Connacht. He had also in the past played for Cork-city based club Sundays Well.

Qualified to play for Australia by birth, plus New Zealand through his father, it was being raised from the age of nine in his mother’s native County Cork that saw Rory capped for Ireland under 19s. To add extra interest, he is also England qualified through his Liverpool-born grandmother.

When capturing his signature, Cornish Pirates’ coach Gavin Cattle commented that Rory was a good decision maker in the 13 channel who had a good all-round skill set. Well, Gavin was right, Rory in his first three years proving a fine acquisition to the squad, who as an all but ever present made 57 appearances for the club. He was also, at the end of the 2020/21 season, deservedly awarded the ‘Sportsman of the Year’ trophy.

Alex Schwarz -to live the high-life for the week

Rory is sponsored by...