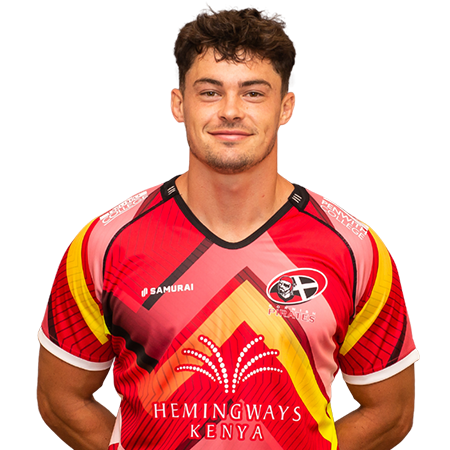 Robin is sponsored by

Educated at Redruth School and Truro College, Robin is a former Redruth player who signed for Plymouth Albion in 2015. He was a County Championship winner with Cornwall in both 2015 and 2016 and was also the recipient of Trelawny’s ‘Player of the Year’ trophy for 2017. Other honours include playing for England Counties, whilst he has also represented Exeter Chiefs in the Singha Sevens.

Robin suffered a serious knee injury when playing for Plymouth Albion in a pre-season friendly against the Cornish Pirates in 2017. It was a set-back for the gifted young player, however he recovered well and was keen to take his chance of playing Championship rugby.
\
When Robin signed for the Cornish Pirates ahead of the 2018/19 season, coach Gavin Cattle was delighted to welcome him on board, seeing him as a strong, rangy and physical winger, which in his first three seasons was certainly witnessed. With pace an extra bonus, in making 51 appearances he has also scored a total of 29 tries.

Of interest, Robin has a Flemish father – so, is half Cornish and half Belgian.

I qualify to play for Ireland, England and Belgium

I have always enjoed visiting Falmouth. A nice town with great beaches

Wouldn't mind running my own business - what in is another question

Robin is sponsored by...