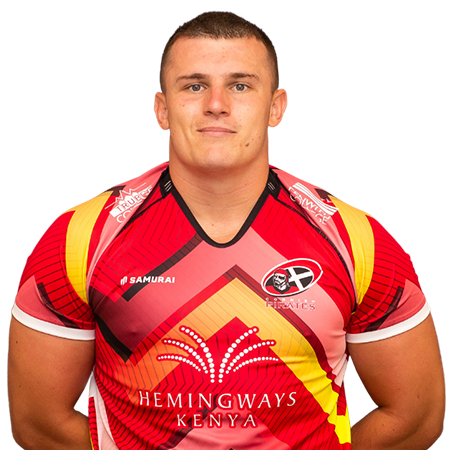 Ollie Adkins is a loosehead prop who has progressed from the Gloucester Rugby Academy into the first team squad. He made his first team debut for the Cherry and Whites in 2018 and was included in the England U20 Six Nations squad in 2019.

With limited game time due to the Covid-19 pandemic, Adkins will be hoping for more opportunities in the future.

It was confirmed early in December 2021 that prop Olly had arrived at the Cornish Pirates on loan from Gloucester.

Initially a young footballer, he started playing rugby for Cirencester at the age of 11, and next for the town’s successful Kingshill School team.

Then, at Harpury College, he played in the second row and scored a hat-trick when they beat Newcastle’s Gosforth Academy 66-14 in the final of the 2017 AASE Championship competition.

Becoming a member of Gloucester’s Academy, the man attributed to Olly converting into a prop was none other than Cornishman Trevor Woodman, who was a World Cup winner with England in 2003.

After making his first team debut for the Cherry and Whites in 2018, Olly was in 2019 a member of the England U20s squad that competed in both the Six Nations and the World Rugby U20s Championship held in Argentina, as did present day England senior international Marcus Smith.

Prior to making his debut for the Cornish Pirates, which was away to Ampthill in December 2021, Olly had also previously spent time on loan at Hartpury.

He would make seven appearances for the Cornish Pirates during the 2021/22 campaign, after which it was announced that he would be on loan again in 2022/23.