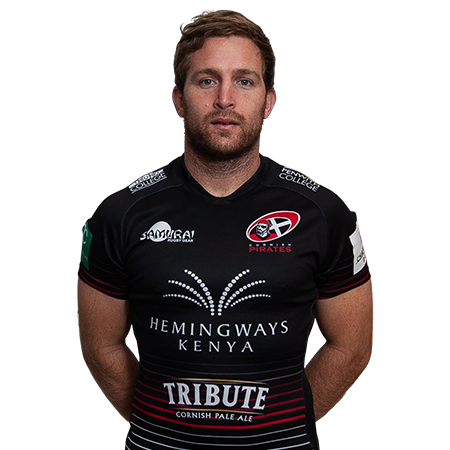 Nicolas is sponsored by

Educated at the Maristas Primary and Secondary Schools in Rosario, and later studying Law at the city’s University, on the rugby field Nicolas’s talent saw him represent his country as a ‘Pumita’ at both under 19 and under 20s level.

Prior to first signing for the Cornish Pirates in June 2016, Nicolas had proudly played all his rugby for Jockey Club de Rosario, where former Pirates star Alberto Di Bernardo played. Nicolas was a first team regular from 2011, and in 2014 he not only captained his club but was also skipper of the Rosario Regional Team. Two of his brothers have played for Jockey Club de Rosario, whilst he himself is an accomplished 7-a-side performer who has also represented the Rosario ‘Sevens’ team.

After two seasons with the Pirates, during which he made 53 appearances and scored 13 tries, Nicolas departed Cornwall in the summer of 2018 to play a season for Zebre. He had been held in high esteem during his time at the Mennaye Field, including being awarded the ‘President’s Cup’ for being deemed the most outstanding contributor on the field during the season. He had also captained the team on several occasions.

Nico’s departure was disappointing, however when announced ahead of the 2019/20 campaign that he would be making a return, the news was naturally well received reference someone who gives his all and leaves nothing out on the pitch. Sadly, however, injuries cruelly restricted to him making only seven appearances in his first season back and then just two in the Covid truncated 2020/21 season – one when he had been appointed club captain.

Needless almost to say, everyone will wish Nico best wishes in 2021/22, as he looks forward to stay injury free and at the same time add to his 62 games tally.

John Stevens - to see how he thinks

Nicolas is sponsored by...