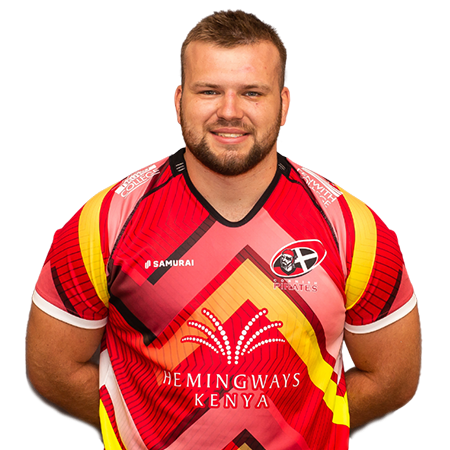 Morgan is sponsored by

Morgan is sponsored by...

The Cornish Pirates confirmed in May 2022 that Morgan had signed a one-year contract for the club for the 2022/23 season. He was also registered for the final two games of the 2021/22 campaign, when he featured as a replacement in the Championship Cup quarter-final tie away to Bedford Blues and the semi-final at Ealing Trailfinders.

Born in Ross-on-Wye, Morgan first played rugby for Ledbury youth team and then for Hereford. Educated at John Kyle High School and Hartpury College before attending Cardiff Metropolitan University (Cardiff Met), he has played age grade rugby for Wales, including the under 18s team, and prior to his arrival at the Cornish Pirates had been part of the BUCS Super Rugby team at Cardiff Met, playing also in the Welsh Championship. He has also in the past played for both Worcester and Gloucester Academy, as well as the Hartpury College AASE squad.

Morgan has always appreciated the support given him by his family, whilst Ian Gardner, the forwards coach at Cardiff Met, provided much appreciated guidance.