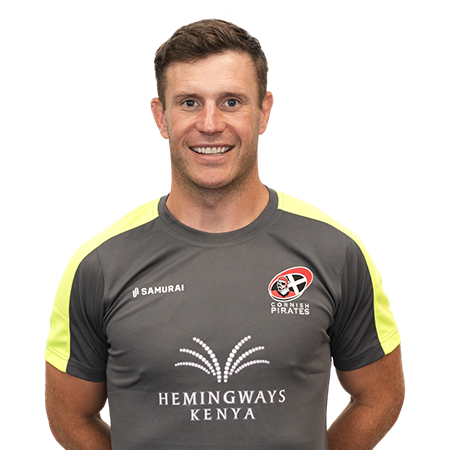 Brought up in Wiltshire – his mum is Welsh but his dad is proudly English and is a former captain of Salisbury and Dorset & Wilts – Matt moved to Vancouver Island when he was aged 11. He could have qualified for England, Wales or Canada where he ultimately qualified on residency grounds and gained his first cap against Ireland in 2008. It was during a time when he attended Hartpury College.

In 2009, playing at full-back and wing, his tally of four made him top try-scorer in the Churchill Cup, and in the 2010 competition he excelled once more. Playing at fly-half, in the final against England Saxons he scored the individual try of the game.

Ahead of his arrival into Cornwall it was remembered that Matt had previously scored against the Pirates when playing for Newport Gwent Dragons. A first try was for Newport Gwent Dragons in a 2010 pre-season win at the Mennaye Field, whilst he scored a brace when the Pirates lost a British & Irish Cup encounter 34-32 away to Newport in January 2011.

Mentioning Matt’s try-scoring ability, it continued in 2016 both for the Pirates and for Canada, so it was frustrating that a knee injury before Christmas brought a sudden halt to playing action. However, with dogged determination he ultimately bounced back and by the end of the 2018/19 season had taken his games tally to 125.

I am an on-call fireman