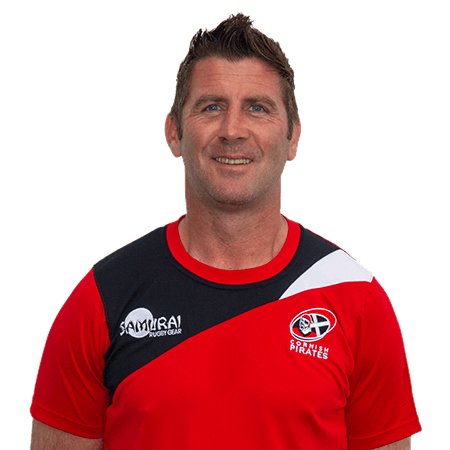 Lancashire-born Mark, who performs a role for the Cornish Pirates as a Peak Performance Coach, is a former England rugby league international who enjoyed considerable success playing for St. Helen’s. Indeed, after signing from rugby union side Vale of Lune in 1997, as a respected and brave front-rower he in total made 117 appearances and scored 16 tries for the Saints, besides being a Challenge Cup Final winner.

‘Edmo’ represented the England team that toured South Africa, Tonga, Fiji and Australia in 2002, and he was also selected for the England team again in 2005 but had to withdraw because of injury.

Following a move to Australia in 2006 when he played for Sydney Roosters, on his return in 2007 he played for Salford City Reds and then joined Castleford Tigers where injury forced him to retire at the age of 28.

Since retirement, Mark has been a motivational speaker who pursued courses in sport performance and established a consultancy to service high performance sport.