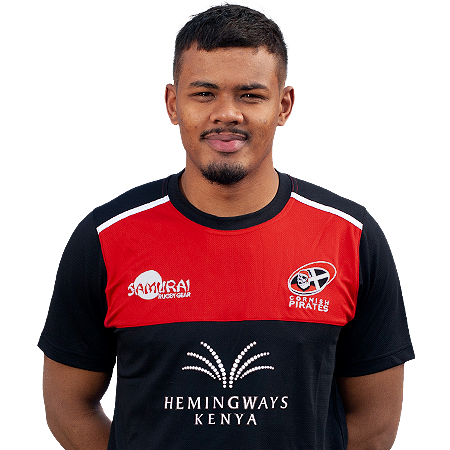 Maliq is sponsored by

Having completed his Hartpury College and University education, it was announced in May 2018 that Maliq had signed for the Cornish Pirates.

A Liverpool-born full-back, who can also play at wing or outside centre, Maliq has represented Netherlands at under 17,18, and 19 levels, plus England Students. He has twice been a BUCS Final winner with Hartpury University, scoring a try in win against Exeter University at Twickenham in 2017, and repeating the exercise against Cardiff Met in 2018. Maliq has also played for Bristol United in the A League.

Having been born in Liverpool, Maliq had almost no choice but to take up football. Indeed, he is a former member of Liverpool FC’s academy. However, all that changed, first when he lived in Cyprus, and then especially when he moved to the Holland and was educated at the British School in the Netherlands. Selected for his newly adopted country, his achievements included a try-scoring performance and noted win against France at the 2013 Wellington Festival.

Maliq has an older brother, Marcus, who has played professional rugby in France, Wales and Italy, besides being a player-coach in Holland.

During his first season with the Cornish Pirates, Maliq made 10 appearances for the club, including four Championship starts. He had shown resilience to take in his stride chances that came his way, and in the final game was a try-scorer when coming off the bench in the team’s victory at Doncaster Knights

Making 12 more appearances for the Pirates in the ‘Coronavirus’ curtailed 2019/20 season, Maliq not only took his games tally to 22 but was also the deserved recipient of the club’s ‘Most Improved Player’ award.

Tom Cowan Dickie - Love to know what goes through his head

I'm the youngest of three. The oldest works for Nike and the middle one is a musician

Maliq is sponsored by...