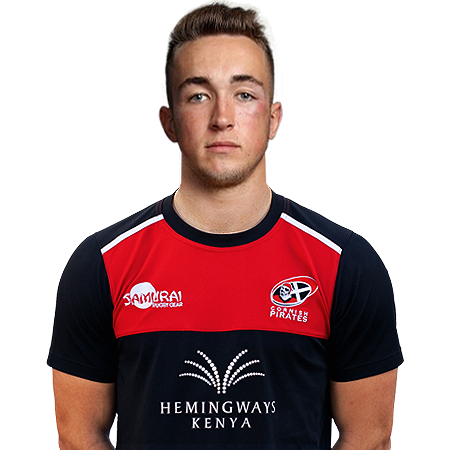 The Cornish Pirates announced in February 2021 that Neath-born Luke had joined the club on loan from Welsh regional side Cardiff Blues.

A fly-half, who can also slot in at full-back, Luke’s early rugby was played for hometown Banwen RFC, where he started as an inside-centre before wearing the No.10 jersey when playing for Neath Athletic at the age of 13.

Educated at Llangatwg Comprehensive School, Luke featured in age grade rugby with Ospreys and played for Wales under 18s before joining the senior academy at Worcester Warriors in 2018. During his time at Sixways, he played Premiership Rugby Sevens in both 2018 and 2019 and was also dual registered with Hartpury (playing against the Pirates). I

In 2020, Luke was capped by Wales under 20s, including featuring in a fine win against England at Gloucester. Also, in February 2020, it was announced that he would be joining Cardiff Blues for the 2020-21 season.

Mentors for Luke have included such as Dan Biggar, James Hook, Jono Lance, and Gordon Ross who was his academy coach at the Warriors.