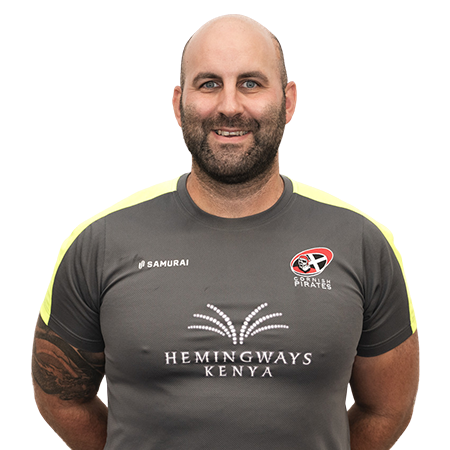 Following the departure of Chris Morgan to Worcester Warriors in August 2021, the Cornish Pirates a month later confirmed the appointment of Louie Tonkin in the role of Assistant Coach.

Born in Cornwall, but raised in Wales, Louie is a former lock forward who played for UWIC RFC, Swansea, Coventry, and Llandovery.

Gaining a Degree in Sports Science at the University of Wales Institute, Cardiff (UWIC), which is nowadays known as Cardiff Metropolitan University, the now Level 4 Coach was a Scarlets Academy Coach (2009-13) Head Coach at Carmarthen Quins & Pontypool RFC (2012-2016), Director of Rugby at Cardiff University, Forwards Coach at Wales Students, Director of Rugby at Bahrain Rugby (2016-19), and Exeter Chiefs Academy Coach (2019-21).

Louie’s family, based in West Wales, have a Welsh/Italian background, and his wife Hayley is South African. As for hobbies and interests, he much enjoys travel, playing the guitar, hiking with Hayley around the Cornish Coast – and Braais and Ale at home on weekends!