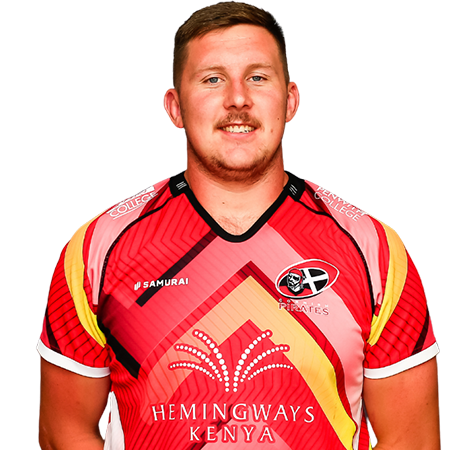 Lewis is sponsored by

It was confirmed early in February 2021 that Yorkshire-born forward Lewis would be one of Exeter Chiefs’ players to be dual registered with the Cornish Pirates for the belated 2020/21 Championship season.

Following a family move from Leeds to Seaton in Devon, as per his two previous Rugby League playing brothers, he also followed in their footsteps to at the age of 15 to play for Sidmouth RFC. As for main education, that was at Woodroffe School in Lyme Regis, Dorset, and then at Exeter College, Devon, where he studied Sports Performance.

Described as a young player never afraid to get stuck into the action, Lewis has in recent times honed his senior development whilst playing on dual-registered terms with National League One side Plymouth Albion. As a regular starter down at the Brickfields, during a two year period he made 48 appearances there, the regular exposure to senior rugby helping to accelerate his development within the modern-day game.

Coaches who have provided influence are Rob Gibson and Glenn Channing, both involved from his early days with Exeter Chiefs and Glenn even before that. As for hobbies, Lewis has been a keen swimmer in the past, representing Chard Swimming Club.

Lewis is sponsored by...