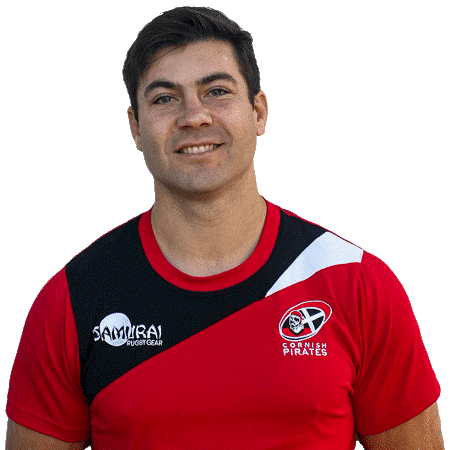 Javier is sponsored by

The Cornish Pirates first announced in April 2018 that Javier had put pen to paper on a one-year contract.

An Argentina international at both 15-a-side and Sevens, including competing at the 2016 Summer Olympics, his club rugby had previously been played for Universitario Rugby Club de Tucuman, Pampas XV in the South African Vodacom Cup, French club Sporting Club Albigeois (2015/16), and Italian side Rugby Viadana (2017/18).

After one season with the Cornish Pirates, during which he made 21 appearances and accumulated 121 points, Javier decided to depart Cornwall to return home. He played for Atletico de Rosario Plaza Jewel, before at the end of July 2019 it was suddenly confirmed that he was making a welcome return, having signed another one-year contract, with a view to extend.

Gavin Cattle, joint Head Coach at the Cornish Pirates, was delighted, recognising Javier as someone of calibre, who is versatile and tough – and at the same time humble – his values and qualities ones that fit in really well with the Pirates.

Still more was expected from Javier on his return, and he duly delivered, as in making a further 21 appearances he took his tally to 42 and in the process also scored a further 158 points.

Maliq - he is an expert at multi-tasking

I was a footballer 5 years ago

Javier is sponsored by...