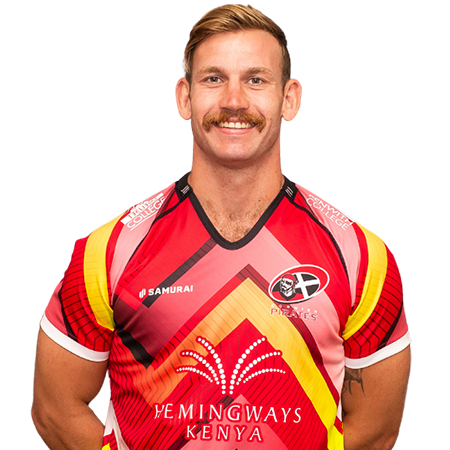 When the Cornish Pirates announced in the summer of 2022 that Jarrard had signed a one-year contract with the club, he was thoroughly looking forward to being a part of the team and culture.

Starting rugby at the age of six for Havant RFC, and later educated at St. Johns College, Southsea (Portsmouth), Jarrard embarked on a career in the Royal Marines. Indeed, at the time of signing for the Cornish Pirates on a sports draft arrangement he was a commissioned officer there, and still is. It is a body which he feels has not only helped him grow as a person but has also enabled him to develop physical and mental robustness as well as leadership skills.

As for Jarrard’s most memorable rugby moment, that was when he captained the Royal Navy and led them out at an Army versus Navy game at Twickenham, whilst other teams he has played for are Western Province Rugby Institute (South Africa), Plymouth Albion, Barnstaple, Taunton, Dundee, Saracens (Anglo-Welsh and 7s), Royal Marines, and the UK Armed Forces.

During Jarrard’s career his father Mark, a former long serving Army man, has been a considerable influence, closely followed by former ‘All Blacks’ captain Richie McCaw. As for hobbies and interests, he likes taking his cocker spaniel ‘Nemo’ on long walks on the beach with his partner Olivia, who serves in the Army, plus he enjoys surfing and playing golf