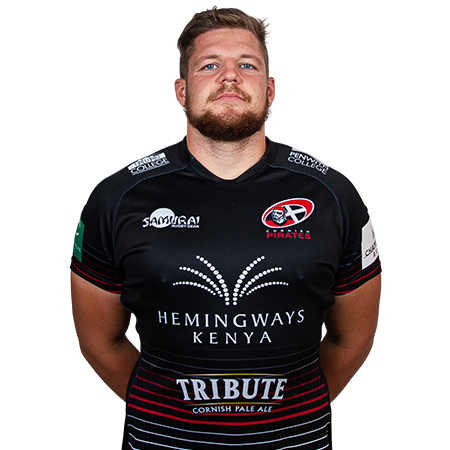 A product of Exeter Chiefs’ successful Academy programme, prop James played his youth rugby at Chess Valley, Rickmansworth, and then Kingsbridge before he started to develop his game further thanks to coaching received when he attended both Bicton and Exeter College.

A mobile and dynamic performer about the field, and someone with a bright future, James’ progression has seen him play for Taunton Titans in National Two South, and for Plymouth Albion when dual registered for the Devon side in National One. Featuring for Exeter Braves in the Premiership Rugby Shield, and in the Chiefs senior team that won the Premiership Rugby Cup in 2018, he was also honoured to play for England under 20s in the 2019 Junior World Cup competition held in Argentina.

Early influences in James’ career include his mum, who got him into the sport after she watched the Hong Kong 7s whilst travelling in Asia. Then, at Kingsbridge, Steve Hollingsworth, James Jarvis, Steve Pound, and Mark Stacey all helped him grow his enjoyment and ultimate love the game. The coaching provided by Exeter’s Rob Gibson and Glenn Channing has also been appreciated.

As for other interests, James likes all sports in general, and he wanted to be a footballer. Always on the large side, however, in his own words for him it was not a suitable option – thus he was rugby’s gain!