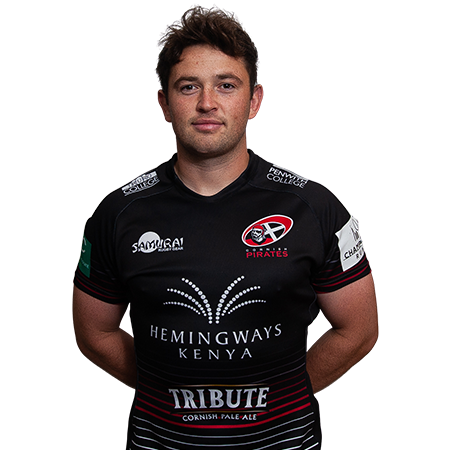 At a time in September 2021 when the Cornish Pirates needed a little back up in certain positions, the squad was boosted by the arrival of James, who ventured to Cornwall on loan from Welsh regional side the Dragons.

Educated at Bassaleg Comprehensive School, Newport, and at Coleg Gwent, James had made 65 appearances for the Dragons following his debut as a flanker against Wasps at Rodney Parade in 2013, plus he has also represented Wales under 20s and made appearances for Premiership sides Cross Keys and Bedwas.

In the year or so prior to arriving in Cornwall, the former ball-playing backrower and Wales sevens international, who played for his country in the 2018 Commonwealth Games, had transitioned to move up into the front row to wear the number ‘2’ shirt. He had been put on a different conditioning programme when working closely with forwards coach Mefin Davies, whilst 37-year-old former Wales and Lions hooker Richard Hibbard was also there for advice.

Of general interest, because of his ability on the ball, James also featured in the centre for the Dragons in the 2018 Celtic Cup.