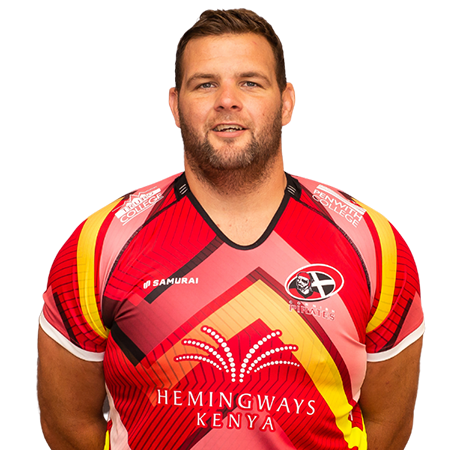 Jack is sponsored by

Shortly after the Cornish Pirates announced in 2013 that prop Paul Andrew was departing to Worcester, it was confirmed that younger brother Jack was promptly due at the Mennaye Field. Arriving from Plymouth Albion, he had also previously played for Exeter Chiefs and the Cornish All Blacks.

Jack started playing rugby, aged 11, at St. Austell RFC, before later moving to Truro at under 15s level. He then became a member of the South West Academy at Truro College and in 2009 was captain of the college side that lifted the Daily Mail RBS Schools Cup in the final played at Twickenham, when St. Peter’s School from Gloucester were beaten 39-18.

When speaking ahead of his move to the Mennaye Field, Jack felt that it was the right place to be as he strived to improve still further, which has most certainly been the case.

All but an ever present in recent seasons, he is a truly experienced squad member who by the end of the 2020/21 season had taken his games tally to 178 – comfortably more than anyone else in the squad.

John Stevens - to know what goes on in his head!

I've sat in the same seat in the changing rooms since my first day with the Pirates!

Jack is sponsored by...