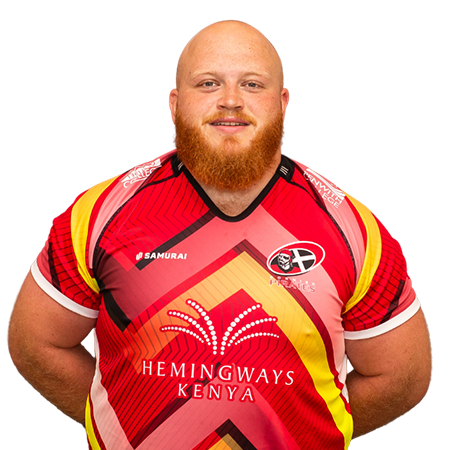 Hayden is sponsored by

Joining the Cornish Pirates on a two-year contract ahead of the 2019/20 season, Hertfordshire-born Hayden first played rugby aged just six at Old Albanians RFC (St. Albans), Indeed, he still remembers parts of that training session, when being told just to catch and run!

As for his education, after first attending The Grove Junior School and then Sir John Lawes Secondary School in Harpenden, it was at Oakland’s College in Smallford (St. Albans) where he took part in the Rugby Programme there, studied Sports & Exercise Science, and decided he would love to play rugby for a living.

Representing Hertfordshire through the age groups, and later the senior county side, extra acquired honours would see Hayden play for London South East U18s & U20s and then England Counties at both U20 and senior level – fellow ‘Pirate’ Robin Wedlake was in the same 2017 team that played in Spain.

Hayden has always appreciated the support given him by family and friends, but what about his hobbies? Well, they include weightlifting, cooking, music (as an ‘attempted’ musician – his words), gaming and photography. Also, apparently, he is a coffee connoisseur – and film buff!

Danny Cutmore - to see the other side of 6ft

I am trying to learn to play the Harmonica

A policeman or a chef

Hayden is sponsored by...