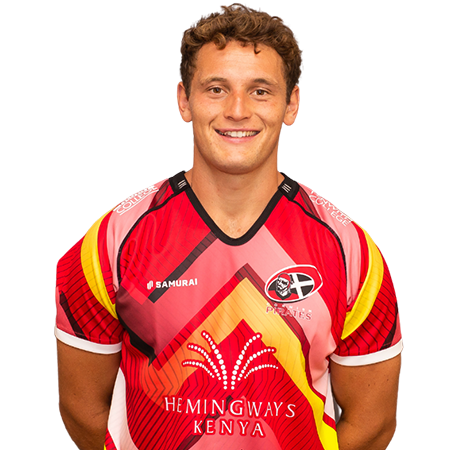 Harry is sponsored by

Having first played rugby for Harrow RFC and later Wimborne in Dorset, Harry then represented Exeter University RFC, where as a prolific points scorer with the boot he also appreciated the help and opportunities given him by coaching personnel Keith Fleming, Richard Hodges, Haydn Thomas, and Tony Yapp.

During his time at the University of Exeter, Harry graduated with First Class Honours in BSc Mathematics with Finance, and is presently studying MSc Finance and Investment. He has also in the past worked as a Lifeguard in Poole and for IT Consultancy Company based at London Gatwick Airport.

The support of his parents Jane and Guy has always been greatly appreciated, and of general interest his grandfather Richard Bazalgette once played for Harlequins.

As for hobbies, Harry is a keen musician. He likes to play the guitar – no surprise for a fly-half who likes to pull the strings – plus he plays the piano and sings.

Also, as a Student Ambassador at the University of Exeter, he has been an ‘Oddballs Ambassador’, where his role has seen him deliver school assemblies and workplace talks, aimed at educating and raising awareness of testicular cancer, selling bespoke clothing to raise money for the foundation, besides promoting social media campaigns again aimed at raising awareness of the disease – as well as encouraging people to talk about wider health issues.

Danny Cutmore so I can reach the top shelf in my kitchen cupboard!

I am an ambassador for the testicular cancer charity Oddballs

Harry is sponsored by...