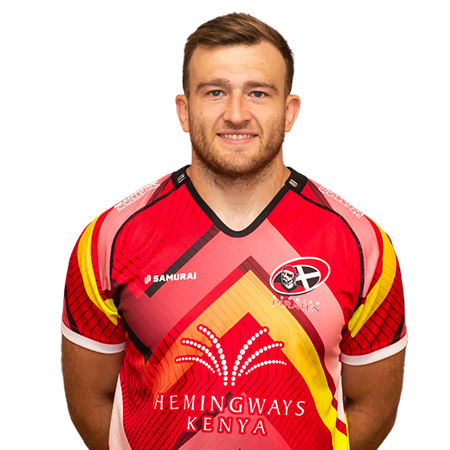 Garyn is sponsored by

It was announced in May 2022 that centre Garyn had signed a one-year contract with the Cornish Pirates. Having just left Cardiff Rugby, where he had made over 100 appearances, he was seen as someone who was experienced but still young and ambitious to continue playing at a top level. Cardiff Rugby’s Director of Rugby, Dai Young, also spoke highly of him, saying he was a great professional who always gives his absolute all.

Garyn came through the ranks at Pontypridd Juniors and Youth, following in the footsteps of both his father Steve, and grandfather Joe, who also represented the Sardis Road club.

Educated at Pontypridd High school, Cardiff Met, and the University of South Wales, Pontypridd, Garyn graduated with a degree in BSc Sport and Exercise Science.

Progressing through the Cardiff Rugby age grade and Academy system, Garyn made his senior debut in 2014/15 and scored his first try against Zebre later in the campaign. He was skipper against Exeter Chiefs during the 2016 LV Cup, and played a key role in the 2018 Challenge Cup Final when, despite playing out of position on the wing, he won the penalty which enabled Gareth Anscombe to deliver the match-winning points in the dying moments of the game.

Besides playing Rugby Union, Garyn represented and captained the Wales under 16s Rugby League team, plus he has coached Cardiff Rugby’s under 16s. As for relaxing, he enjoys spending time with family, plus coffee and cards with the boys!

Garyn is sponsored by...