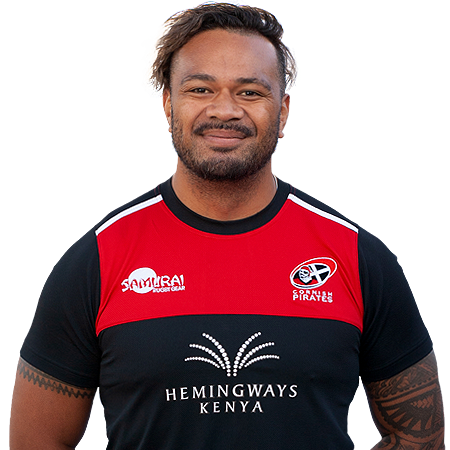 It was announced in June 2019 that Fa’atiga was joining the Cornish Pirates, having signed a two-year contract.

Fa’atiga first played rugby at the age of 11 for East Tamaki local club in South Auckland. As for his education that was East Tamaki Primary, Ferguson Intermediate, Otahuhu College and then De La Salle College where he was captain in 2006-07. He also played for New Zealand Secondary Schools in 2007.

After playing for the amateur club Papatoetoe in 2011-12, Fa’atiga then played professional rugby for Munakata Sanix Blues in Japan (2013-17) and was also named in the Japanese Sunwolves squad who made their first Super Rugby appearance in 2016. He played briefly for Saracens in 2017 and then for Auckland ahead of a move to Yorkshire Carnegie in 2018, from where he joined the Cornish Pirates. As for his international career, after making his debut for Samoa against Tonga in 2012, he unluckily missed the 2015 Rugby World Cup because of injury.

Prior to Fa’atiga’s arrival in Cornwall, then Director of Rugby Chris Stirling said he was an experienced player whose line-out skills were of a high standard as were his levels of power and physicality. Well, in his first season with the Cornish Pirates, playing both in the second and back rows, Fa’atiga displayed his expected credentials and was another to impress in making 17 appearances for the club.

Rugby influences of Fa’atiga’s have included the likes of Victor Matfield and Jonah Lomu, and last but not least – as in many rugby families – his mother!

I'll be myself thanks LOL

I have a shar-pei named Honey