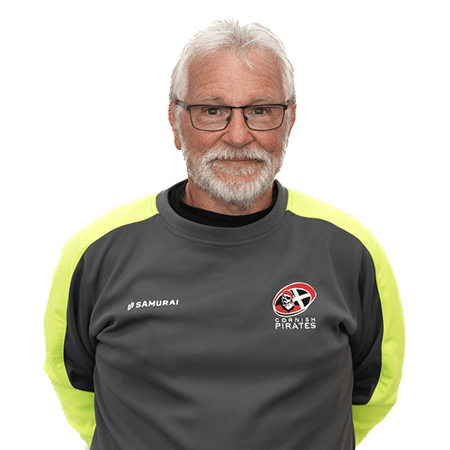 Born in Mylor, Jan showed early sporting promise at the local Junior School and won the ‘Sports Day Cup’ in his last two years before progressing onwards and upwards to Penryn Secondary School where he played in both the rugby and football teams.

As a true Mylor boy, and used to the sea, it was no surprise that at the age of 15 Jan joined the Royal Navy at HMS Ganges.

The first of many ships that he served on was that formidable and famous aircraft carrier HMS Ark Royal. He attended many conflicts around the world during a 25 years period, including Northern Ireland, Bosnia, the Falkland Islands, and the Gulf.

Serving and helping others comes naturally to some, and Jan is one such person. Such traits have also seen him involved in incidents that gained justly deserved awards – the first for saving a 12 year old girl’s life when he jumped off the stern of RFA Grange in Portland Harbour, and the second for leading a team of fire fighters on a large ship’s fire.

Leaving the Navy in 1997, Jan joined the Royal Navy RNR, working for the MoD at RNAS Culdrose Fire School, from where he retired in July 2018.

His first official role at the Pirates was as a Sports Therapist in 2002, since when he has been a Fitness Coach, Kit Man, and then Team Manager with added responsibilities, including health and safety and ground improvement works, when he came on board full time following his retirement from RNAS Culdrose.

In his rugby playing days Jan had represented Penryn, Malone (NI), the Royal Navy, Naval Air Command, and Bermuda, besides also boxing for the Navy and being a member of the 1979 Fleet Air Arm Field Gun Crew.