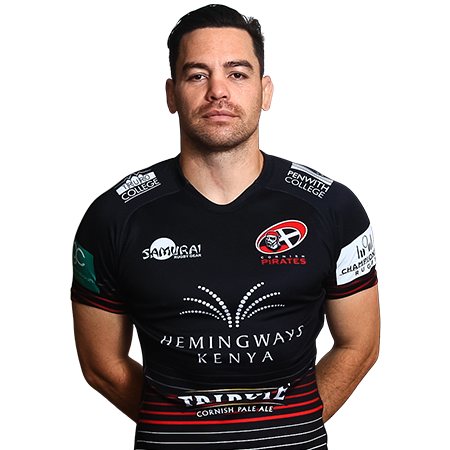 Antonio is sponsored by

Kiwi-born Antonio Ihaka Kiri Kiri, who is also an Italian passport holder, signed for the Cornish Pirates in June 2019, having previously played for Yorkshire Carnegie.

A former New Zealand Schools and All Blacks Sevens player, whose earliest rugby memory is as a young boy playing barefoot in the frost in Waiouro, Antonio was educated at Palmerston North Boys High School and at Auckland University where he played for the Uni’s ‘Vipers’ team. He has also played for Old Boys Marist, was called up to the Blues Super Rugby squad in January 2018, for whom he made three appearances, whilst from 2012-18 he was consistently a standout performer playing in the back-row for Manawatu Turbos, from where he joined Yorkshire Carnegie in 2018-19.

After having made his debut for Manawatu Turbos, which was against Northland, Antonio proved himself a versatile loose forward throughout his time there. He was not only able to maintain physical presence around the field but also applied his array of skills used in both the 15 and 7s versions of the game.

In 2019/20, injury unfortunately delayed Antonio making his debut for the Cornish Pirates until December. However, once in action it did not take him long to show his credentials, and by the end of the following 2020/21 season he had made a total of 22 appearances for the club.

Antonio is sponsored by...