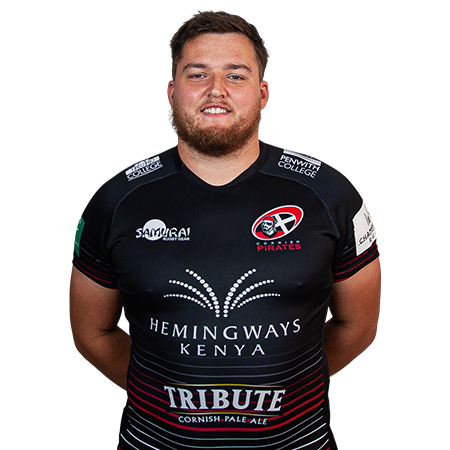 Having first played rugby for Bude RFC and then for the All Blacks at Launceston, at the age of 14 Alfie became a member of the Exeter Chiefs Academy after impressing former Chiefs Academy manager Robin Cowling and assistant Rob Gibson.

Attending Ivybridge Community College, where his coach Bob Crooks proved influential, he progressed to play for the Exeter Chiefs under 18s side. Then, to further aid his development, during the 2017/18 season

Seen as a powerful front-row forward with a big future ahead of him, after signing a 3-year deal with the Chiefs at the start of 2018/19, Alfie made his senior debut that November when used as a replacement in a Premiership Rugby Cup contest played against Harlequins.

Having played for England at under 16s and under 18s level, in 2019 he also represented his country in the under 20s Six Nations and in the Junior World Championships held in Argentina.

Away from rugby, Alfie has in the past represented Cornwall and the South West at swimming, plus he has a passion for music.