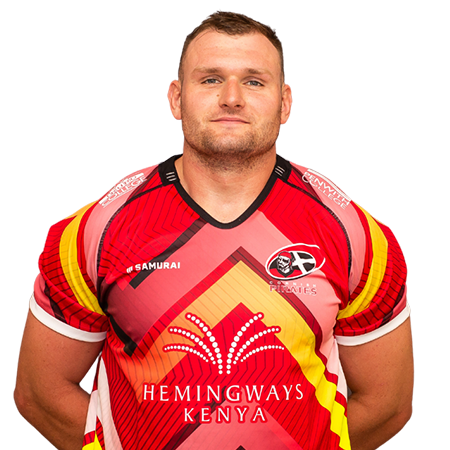 The Cornish Pirates confirmed in May 2022 that backrower Alex had signed a one-year contract for the club.

Kent-born, Alex’s early rugby was played for his local club, Sevenoaks RFC, where the coaches were a massive influence. He later became a member of the Saracens under 18s Academy and would also play for Kent.

After education at The Judd School, Tonbridge, Alex attended Cardiff University (BA Ancient History, MSc International Management). He played for Newport (2017-18) and for Cardiff University (2015-19), and then for Welsh Premiership side Cardiff RFC from where he joined the Cornish Pirates.

During his time associated with Cardiff’s rugby setup, Alex’s development was aided by influential coaches such as Thomas Rhys ‘TR’ Thomas and Gethin Jenkins, and he was considered one of the mainstays in the ‘Blue & Blacks’ pack. He was also called into Cardiff Rugby’s European squad ahead of their 2021/22 campaign, after which he made his debut as a replacement in the first round of the European Rugby Champions Cup against Toulouse.

Besides rugby, Alex played age group county cricket for Kent (U13-U17) and socially for the Cardiff Cavaliers. He also turns out for his home village team Shipbourne CC when able, whilst as a country boy at heart he loves anything outdoors, whether that’s walking, cycling, or falling off a paddleboard/surfboard. He is also, apparently, a big fan of a European city break – in his own words “The more history the better!”