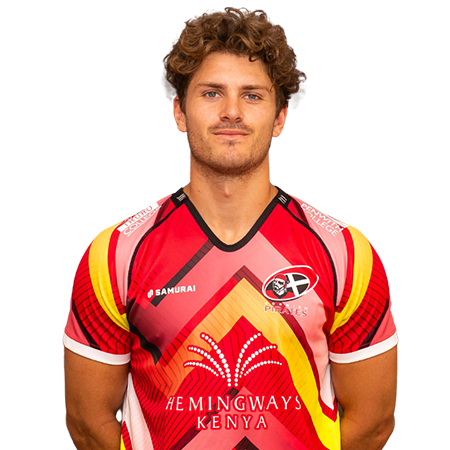 AJ is sponsored by

Alexander, known as ‘AJ’, is a young Cornishman who was educated at Newquay Tretherras School.

Taking up the game aged six, he played for Perranporth from Mini to Junior level, where he appreciated the support given him by his coach Shane Tellam and his dad Steve.

Attending Truro College, a great experience was competing in their team at the Japan World Sanix Tournament in 2016. Marek Churcher helped with his development both at college and during time at Exeter Chiefs, when he served an apprenticeship.

A highlight when representing Exeter Chiefs under 18s was making his debut for them against Bristol in the ‘A’ League in December 2016, whilst he made his debut for the Cornish Pirates against the Chiefs in a pre-season match played at Sandy Park in 2017.

In his first four seasons with the Pirates, AJ made 40 appearances, besides in the first two years enjoying regular game time developing at Redruth. Deservedly awarded the Cornish Pirates ‘Most Improved Player’ trophy at the end of the 2018/19 season, injuries have at times been disruptive, however, back to full fitness he will be looking to impress still further in 2021/22.

Not a big fan of football

AJ is sponsored by...