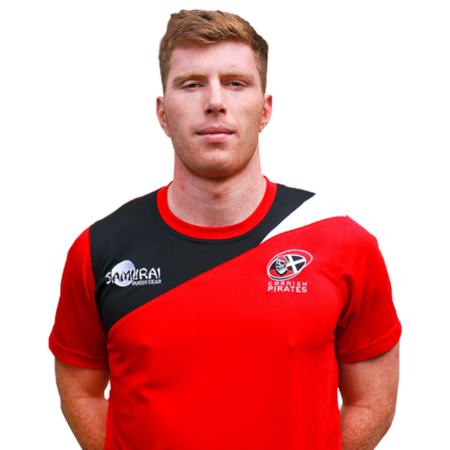 Witness the respect shown before kick off for the Minute Silence for Remembrance – and a game of rugby seems of little consequence.

Fitting then – that both sides put on such an entertaining display – that saw the hosts retain 2nd spot in the Greene King IPA Championship. Moreover their six try despatch of ‘Freshers’, Ampthill, edged them a point closer to leaders, Newcastle – who’d scrambled a nervy win at Bedford a day earlier.

The Guvnor – Chris Stirling – was suitably satisfied in the immediate aftermath then – but conscious that the performance as a whole – hadn’t been without it’s points to address. Particularly as there is another short turnaround before visiting the perennial bogey team – London Scottish – on Friday evening.

That said – this first ever encounter between the two sides, was expected to be a testing affair – given the Bedfordshire side’s more than impressive start to their first season in the second tier. They’d recruited well with several familiar and experienced names in their squad – notably a certain Mr Ward.

The opening quarter of an hour confirmed these expectations – as Costelo’s 4th minute penalty gave them a lead they were to hold until Cant opened the Pirates’ account on the stroke of the second quarter. The full back’s dot down at the Newlyn Gate was simplicity itself – as Dunks peeled off the back of another strong Pirates scrum and passed to JB to create the 2 on 1.

It had been coming and despite a seemingly simple chance for Alvarez to level things go wide. The early pressure from the visitors had obviously rattled the Cornish side, before they were able to inject some tempo and threaten themselves.

This score settled things somewhat – and two quickfire tries swiftly followed. The first for Wedlake in the left corner – was just reward following Parata’s deft one hand scoop up of the pill from the deck earlier in the play. The second a little more agricultural for Patterson as the centre emerged from a pile of red shirts that may have numbered a dozen.

Either way – and despite a second penalty for Ampthill’s fly half, Costelo just before the break – the hosts were by now comfortable with their lot.

The bonus point try wasn’t long in the waiting in the second period either. AJ’s gather and incursion into Ampthill territory a couple of clicks in released Wedlake on the left wing. Robin was stopping for no-one – literally – as black shirted opposition littered the flank in his wake. Javier’s 3rd set of extras kept the scoreboard ticking over nicely too.

Enter Wardy stage left and the murmur from Naughty Boys Corner – for Pirates to keep tabs of the number of fingers in their possession. With fresh front rows all round and Cowan-Dickie fronting up to the former Pirate favourite at scrum time – banter levels heightened. Much to Sir’s amusement.

Think then the delight for the former Quin – as he nailed his side’s only try of the afternoon in front of the NBC. True Pirate centre Parata – had just been harshly being binned for an adjudged deliberate knock on – but the home supports reaction spoke volumes to their appreciation of our former hooker.

Sadly for the visitors – this was as good as it was going to be. Determined to finish with a flourish – the Cornishmen now back to their full quota of players – surged forwards at every opportunity. Two tries in the final ten minutes was ample reward for their ambition. Winger O’Meara was the obvious go to man when a 13 man maul formed in the Clubhouse Corner.

Whilst who else but Fijian World Cup hero – Sam Matevesi – brought the house down with a try under the Penzance posts on the final play.

Perhaps some day the sun will shine again,
And I shall see that still the skies are blue,
And feel once more I do not live in vain,
Although bereft of You……

Perhaps, by Vera Brittain
(Dedicated to her fiancé Roland Aubrey Leighton, who was killed at the age of 20 by a sniper in 1915, four months after she had accepted his marriage proposal)