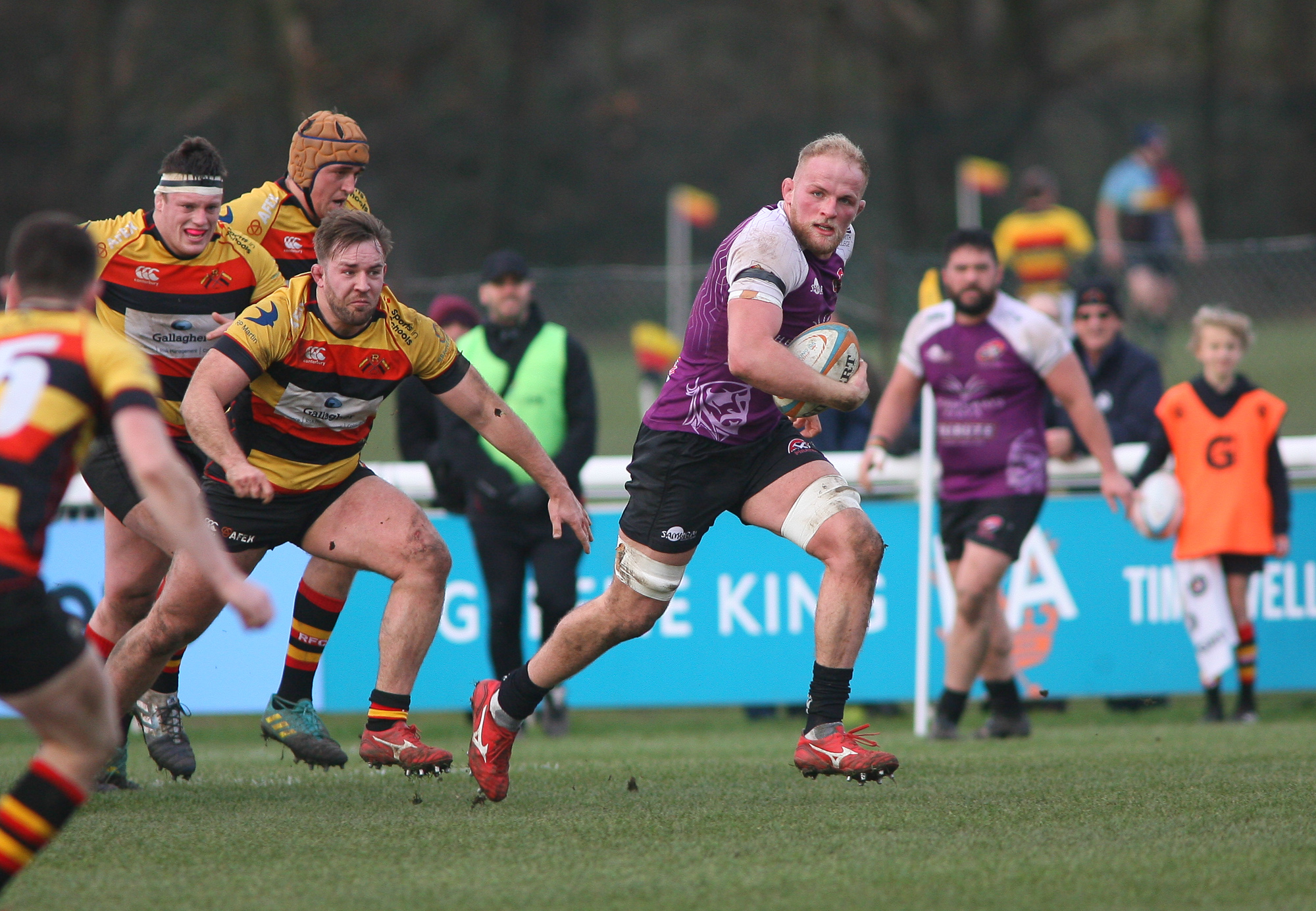 A minute’s applause for Kyle Mason before the kick off – set an emotional tone and was marked with a brief glimpse of the sun – in some kind of spiritual co-ordination.

The Cornish Pirates tenure in the Greene King IPA Championship’s 3rd spot however – was once again a short one – as 2nd placed Ealing generally bossed things on a dank and grey afternoon thereafter, in West Penwith.

Not even the disruption of their team coach suffering a broken gearbox en route from their overnight digs in Snozzle – nor some heavier than usual Satdee traffic on the A30 – hindered their progress from the get go.

The Trailfinders’ warm up must have mostly consisted of the replacement bus’s heater – which in this instance was obviously the game changer. (Maybe worth noting for next Sunday’s Cup semi final re-match?). A notion that was backed up by a relentless opening three minute phase, that saw the Pirates employing their best defensive sets. There were no options.

That they not only survived, but then turned the visitors over – earning a penalty to boot, allowing them to clear – gave hope. A sense of a sign of things to come perhaps?

Well – it may have certainly have seemed possible as the hosts finally gained some kind of foothold as the second quarter arrived. By then they trailed only to a try from Cordy-Redden – converted by Lydon – which appeared scant reward for their overall dominance of the stats to date.

The Pirates therefore took heart from making inroads – while AJ’s chase and gather of Day’s grubber into the Scoreboard Corner added to volume levels in the stands. Skinner’s touchline conversion attempt was close – but Harvey righted this just after the half hour with a penalty – to put Cornish noses in front.

Ealing’s response was typical – as they concluded the half with a second score just prior to the whistle. Skipper Rayn Smid finding a gap close to the posts – which Lydon duly slotted the extras.

Not an ideal end to the period – but the Pirates re-emerged into the gloom obviously buoyant and believing they could do a job on the Londoners. Early pressure promised – but the old inconsistent lineout thing reared it’s unwelcome head again.

The moment passed and it was the Trailfinders who set about punishing them for this. And then some – as scrum half Jordan Burns’ pace split open the home defence on two occasions – to take the contest out of reach. Arguably before his afternoon ended with ten minutes remaining – leaving only the hope of some consolation for the Pirates. But even that was in vain, as Ealing held firm at the back to take all five points in consummate style.

Not the ideal boost for the Pirates then to take with them back to West London next Sunday then. The first of two season defining contests – for both sides – most definitely saw the visitors take all the plaudits.

But this is the Cup. And we do ‘Cup’ rugby in these parts…..