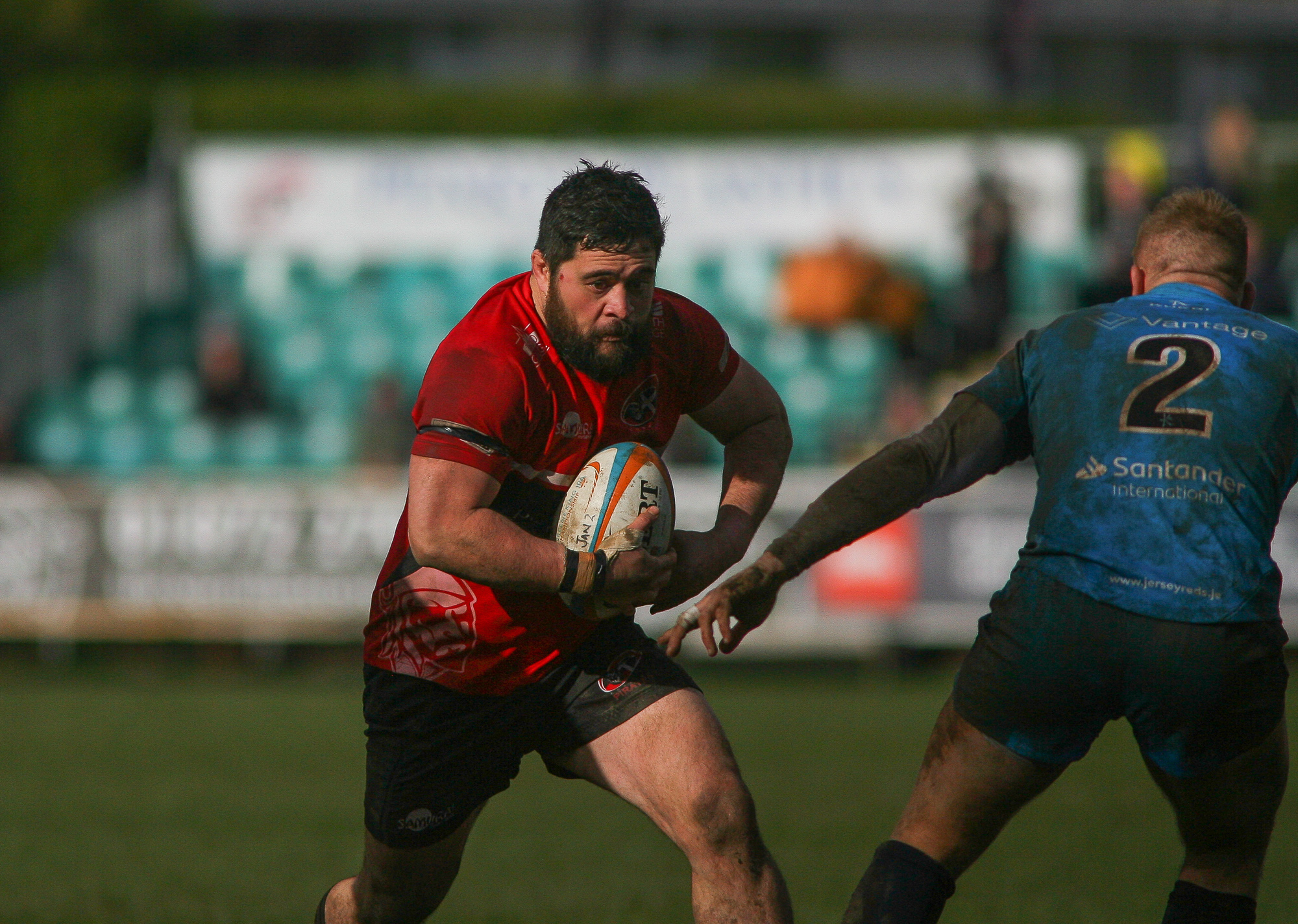 The form book suggested this could be one of those long afternoons – but with the sun shining and a bumper crowd roused by the irrespressible Falmouth Marine Band…anything was possible.

It wasn’t to be of course, as the league leaders were clearly in no mood for a repeat of the cup game here back in December. Pre match spoonful’s of sugar* had obviously been devoured, judging by the level of intensity on display from JP’s first rattle of the pea.

That said – and despite a clinical and professional performance overall – the Exiles could little afford to slacken off their intensity.

The first half had been predominantly all Irish – as reflected in the score line at the break. A brace for centre, Tom Stephenson – and a third score from scrum half Ben Meehan as the half drew near to a conclusion emphasised this. Ian Keatley’s eye from the boot was spot on too for the extras – with the fly half keeping a 100% tally come the final whistle.

It may have looked ominous for the hosts and their supporters on the face of it. But there were flashes of hope every now and then. Pirates’ Man of the Match – Sam Matevesi – was looking sharp and hungry, with Matt Bolwell & Robin Wedlake also making their physical presence know to the men in green on a regular basis.

And yet – the first forty minutes were only to yield a missed penalty for Javier Rojas Alvarez to show any reward for their efforts.

After the ‘feet-up and hairdryer’ gap – further punishment on the home side game in the shape of Ben Loader ghosting through for the bonus point with barely five clicks recorded. Game over and surely a signal for the floodgates to open?

Hold fire though become the order of the day as the Pirates decided to make some changes. On came Dan Lee & John Stevens – and instantly the tide switched in favour of the Cornish side. Suddenly the Irish defence looked under stress.

Initially however, they looked to be holding out despite a couple of close calls – most notably from replacement prop, Jack Andrew. Ten minutes into the second period however and some quick reaction from Sam when the ball was spilled – finally put some points on the board for the Pirates. Alvarez added the extras and hope of at least some respectability were raised.

When the Pirates threatened instantly from the restart we began to wonder of something more dramatic. The line beckoned – with JP’s arm waving around more frequently in the Pirates’ favour to add further excitement. AJ Cant came closest in the Old Western National Corner – but for a final pass that had the winger stretching in vain – rather than gathering cleanly and cantering in with ease.

The Birds however were not going to be fed that Tuppence* – leaving Exiles’ Meehan to complete the scoring in the final few minutes. Keatley’s final successful kick thus rounding off a thoroughly professional performance from the visitors – to keep them in the driving seat for a swift return to the top flight.