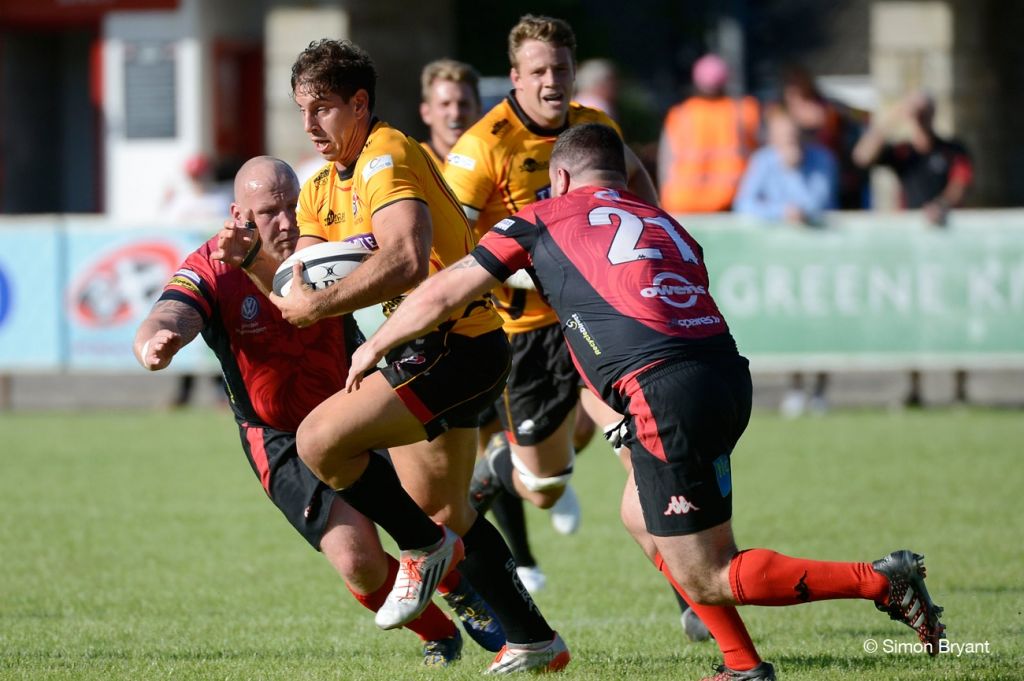 The ‘Phoney War’ began with a bang. Ten of them to be precise – as the Pirates opened their pre-season with emphatic style, to match the unseasonably sunny weather that bathed the Mennaye.

It’s never wise to read too much into a ‘friendly’ score line. But on this occasion it would be fair to say that the 17/18 Class looked as fresh, hungry and as physically prepared– as this observer has seen any Pirates squad in recent years.

The Wizards have – in the previous three years – shown themselves to be a stern and useful test, effectively leading the ‘series’ 2-1 coming into this clash. Today they simply weren’t allowed any time nor space to so do – from the moment in the opening minute O’Meara was a handling error away from glory.

Sir was conveniently playing advantage whilst Alex’s hands were in meltdown – which allowed Dunks to claim the first try instead, as the pack set their stall out from the ensuing lineout.

It was de ja vu all over again barely 8 clicks later, as prop Andrew of the Jack variety, carbon copied his Skipper’s falling over the line skills.

Aberavon gamely sought parity, despite the ever increasing intensity into which their bodies were thrown without question. De Batista’s tackling in particular however, set a ferocious benchmark for the Welsh Premiership side to engage and the rest – as they say – proved futile.

Pearce’s try on the half hour was a delight – that rewarded some fine approach play. But Pirates scrum half Pope’s quick thinking moments before had already signalled doom for the Welshmen. O’Meara’s interception skills – at both ends of the pitch – provided the nails for the coffin as both he and Kiwi debutant Koster dotted down to complete a mainly one sided half.

The second period followed suit, as Chiefs’ dual registered duo – Cully & Strong – not only combined brilliantly in front of the main stand and Naughty Boys Corner to hand the former the first of his brace. But indicated thereon of a promising double act for the season ahead – possibly even for stage & screen….

The remaining half an hour could so easily have disintegrated into stupor – as replacements ran on with eye watering regularity. Even replacements replaced replacements, leaving those charged with keeping check on such things, tossing their biros and team sheets away with resignation.

But the entertainment continued. Aberavon – left with little option – ran everything from everywhere. Only to hit a plethora of gold shirted walls at every turn.

One such sortie did however break down their left and head into enticingly open space. Mr Kirby however summoned everyone back to his study at the Newlyn End – his patience being sorely tested by a large altercation on the Wizard’s goal line.

Rather dull then that shortly after another ‘disagreement’ and then act of foul play – Pirates’ back rower, Bolwell – should push Sir once too often. Matt to the Naughty Step it was then.

Meanwhile the tries kept coming. Walker, wannabe wing man Duncan and Cornish boy, Judge, all got their names on the retrieved team/score sheets.

All that remained was for Laurence May to provide the ‘piece de resistance’ cross field kick, that Cully plucked from the air – sidestepped the last defender – and gleefully completed his afternoon’s efforts at the Newlyn End.

Laurence converted. Mr Kirby blew his whistle – and then contemplated how much chow he should rustle up for the epic journey back up to Bristol….