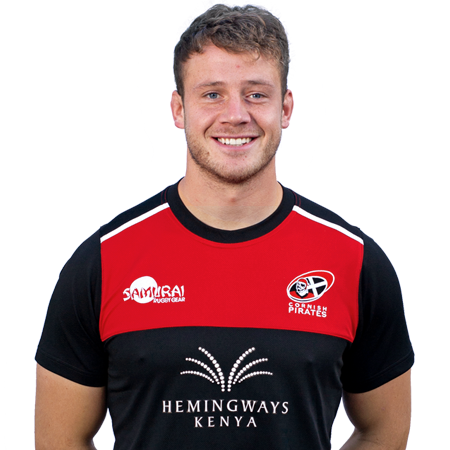 Defence was not an option at the Mennaye Field – as both the Cornish Pirates and Rotherham Titans produced a 15 try frenzy, that will lead to some interesting video analysis come Tuesday morning. Judging by Alan Paver’s post match demeanour – although happy for his young charges finally getting off the mark, with their first win of the league season – things will liable be not for faint-hearted!

For the neutral, this must have been a feast and on such a pleasant autumn afternoon. Ideal they would have thought for a display of open, running rugby. And then some. For the committed supporter – from either camp – there were a mixture of emotions to absorb.

How often can you feel apprehensive about the final outcome, when your side score with abandon – but have to wait until there are over 60 points on the board and Sir prepares to blow his whistle one final time? On the flip side, there will not be many occasions where your team run in seven tries away from home – having only rattled in three in three outing previously – and only come way with a single point?

And yet with only 12 minutes passed, the Pirates were steaming towards their four-try bonus point courtesy of scores from Laverick, O’Meara & Moyle. They were seemingly on fire and un-touchable and capable of racking up some serious points tally.

A warning had been issued in response though somewhere in between this frenetic opening. Titans’ full back Thomas had seared his way through the Pirates defensive line – and unleashed Welsh 7’s scrum half, Rhodri Davies for the first of his trio. His speed and eye for a gap that shouldn’t have existed were to prove to be a thorn in the Pirates’ ambitions all afternoon. Well at least until eight minutes left, when his withdrawal drew visible relief in home ranks.

By half time and both sides had racked up a league point each, as five more scores had the scorekeepers seriously considering whether they had enough numbers to play with.

The Pirates lead by ten (38-28), following tries for Cowan-Dickie and a peach by Moyle, after a great run by Toby May. His namesake Laurence meanwhile, was racking up points from the tee – as the fly half successfully landed five conversions and a penalty.

Rotherham meanwhile continued to prosper. A penalty try – which saw Pirates scrum half rest for ten, for his high tackle on Davies – and a fourth on the stroke of half time by Tom Williams, kept them in touch.

The madness continued after the break in continuing tit-for-tat fashion.

Cowan-Dickie profited from Walker’s bulldozer impersonation. Davies countered before the celebrations could be finished.

The Pirates surge again – and skipper de Battista buries himself into the catch & drive to out maul the forwards. Davies snipes again for his hat-trick – and then Cole reduces the gap to only five!

Nine minutes remain and tension levels are on overload, until Dean Richards trots under the posts to award a penalty try – and surely a decisive score for the Pirates?

It proves to be – to much relief from the home support. A feeling probably magnified as Davies’ afternoon is done.
Cargill’s penalty with the last kick of the match gave the scoreline a more comfortable look. It wasn’t. Please show me to a darkened room and somewhere to lie down – after such an entertaining game!