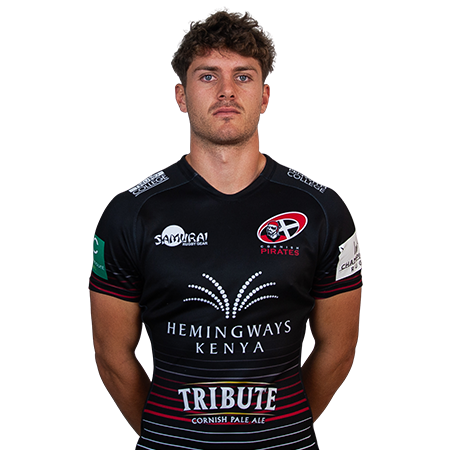 After the rain…..comes the sun. And so it shone on the Pirates who totted up five league more points, against a lively Coventry side – whose third straight defeat belies their obvious abilities. Such is rugby.

The Cornish Pirates though, were well worth their win overall – a fact demonstrated in most departments throughout the afternoon. Most notably either side of the break – and whilst down to fourteen when Schwarz took one for the team in the final quarter. On both occasions the hosts were being put under some pressure by the visitors – the difference being with chances taken. Or squandered. Sadly for Cov’ it was the latter and it was to tell.

A frenetic start to the contest saw both sides come mightily close – before Pirates’ No 8, Tom Duncan finally open the scoring in the 4th minute. Arwell Robson, converted well and all looked set for a cracking game.

And so it seemed as the Midlanders immediately set out their free flowing stall, to suggest a real ding-dong affair. Quite how then, the first period gradually descended into something scrappier is a mystery. More so given both side’s obviously willingness to lob the pill around a bit. Maybe it was the increasing wind – perhaps a heavier than it looked pitch. It matters not.

Until a late flourish from the Cornishmen, doubled their try tally just before tea & biccies. Full back Penny’s break set up O’Meara on the Pirates’ right flank – and Coventry’s misfortune at not turning pressure of their own into points – began to show.

More so at the resumption – when Parata’s kick through was gathered perfectly by Man of the Match, AJ. The pen – or spray can – was definitely in position for writing on the wall. It would have to wait though – as an agonisingly long break in play owing to a nasty looking injury to Haydn King – rightly took precedent. The Pirates’ prop eventually leaving the field horizontally on a stretcher.

The games’ rhythm understandably took a hit – but then other priorities matter more. The Pirates though were first back in gear barely five minutes after the re-restart – AJ gifting Kess’ with his first try since his return.

Thus the bonus point was in the bag and with their own line still un-breached. Cov’ though were hunting for something and gradually threatened once more – as an under pressure home defence will testify. Full back, Aspland-Robinson finally got some reward with ten minutes remaining – but all a little too late for anything more than consolation.

Cue the salt in their wounds then -as two late scores for Schickerling & Tucker added the proverbial icing – and a more ‘ansome final scoreline. And there endeth the foodie references and other such nonsense for the two hundredth time.