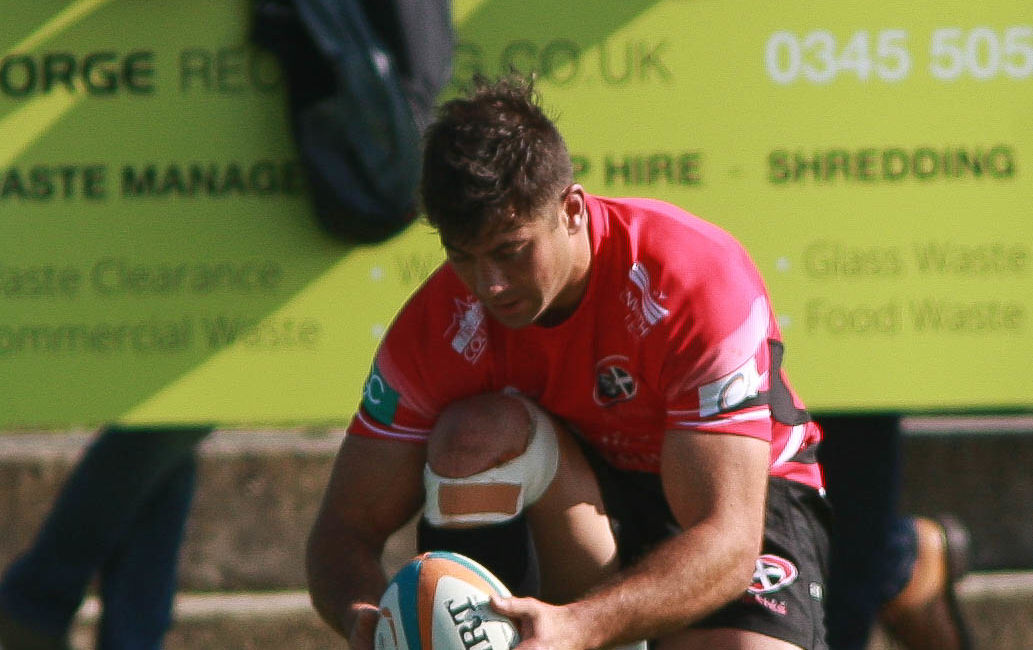 There’ll likely be few grumbles about this Championship opener from the home camp – as the Cornish Pirates stunned the fancied Ealing Trailfinders in an assured performance – that justified their five point haul, with room to spare.

The clouds had parted well before kick off – and shone perhaps with extra clarity on a revitalised Mennaye Field with it’s new pitch and scoreboard. Was this a sign? On this showing you’d have cautiously say yes.

Obviously over the extended pre-season – a feeling of optimism had grown – but it was important to keep feet firmly planted on terra firma. But heck – from the moment Javier got the rugby season underway – at last in these parts – there was a sense that the hosts were in the mood to make a statement straightaway.

Alvarez’s early penalty may have rebounded off the upright – a pattern that would repeat itself with frequency (for good and bad) – but the team’s ability to brush such trivialities aside were quickly apparent.

Any thoughts of relief from the Londoners evaporated under a charging Lemalu’s wake – the back row’s break – gifting Holden with a try in the Newlyn Gate Corner. And only eight minutes chalked off. Javier – upright – enough said.

There was no time to savour this great start. Alvarez’s outrageous pass on halfway found Patterson at full chat and able to make mucho yards rapidly. Holden’s kick through could only end one way – with eventual Man of the Match, De Battista, doubling the lead in double quick time.

Alvarez made it third time lucky – teasing the upright en route. Before completing a near perfect first quarter with a penalty and a three score advantage to boot.

Ealing though have proven themselves as contenders – and would surely find some kind of foothold? Well, sort of – as they at last strung together some moves to threaten. The final pass and a tendency to kick the ball dead undoing any progress.

When fly half Willis was required to spend ten minutes reflecting – the writing on the wall was beginning to show. The half continued to tick by – forcing Ealing to settle for a solitary penalty from Johnston.

But even this was overshadowed by a third try from the Pirates on the stroke of half time. Skipper Beukeboom providing the finish at the Newlyn End and Alvarez converting to conclude the first period in style.

At the turnaround – Ealing’s intent was plainly on show. Their front row had been completely replaced and from the get-go – set up camp in the Pirates 22. Touch finding fever persisted at crucial moments – as did the awry final pass. It was no surprise then that Alvarez’s second penalty only served to stick the knife in further.

Defensively the Pirates were proving too much for the Trailfinders – even if the visitors scrum was causing problems. It was an impressive showing – and only blinked once when replacement scrum half, Burns (who else?) finally found a gap to exploit. Shingler dropped the extras swiftly – but it was too little – too late.

More so as a rare incursion into Trailfinder territory with less than ten remaining the Cornishmen earned themselves a penalty – which Javier hoofed into the Clubhouse Corner without hesitation. There was the bonus point to seek. And sought it was when centre, Patterson emerged from a large pile of red shirts – displaying obvious delight at his prowess at maul time. Alvarez’s obsession with the upright continued.

But it mattered not. Job done. Take a bow lads – that was ‘ansome!