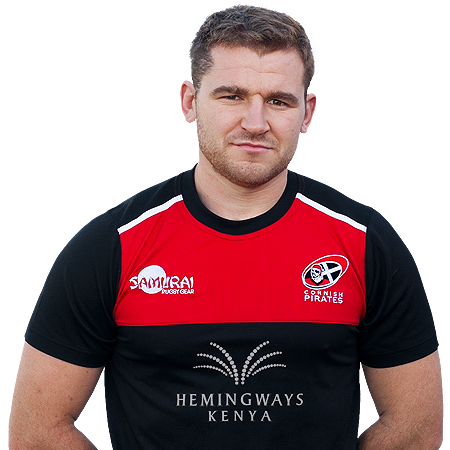 The Cornish Pirates celebrated the autumn equinox, with a club best (at this level) eleventh straight league success – to retain their position at the top of the Greene King RFU Championship.

And celebrate they should, after a below par – but generally dominant performance – against a stubborn Richmond side. The Londoners perhaps deserving of at least a bonus point – arguably two – as their refusal to roll over in the final ten minutes clearly displayed.

Indeed it was the visitors who were to enjoy the spoils of the opening quarter, following an enterprising opening from the Cornishmen. Scrum time produced their platform as the ‘Mond 8 bossed things by a distance as the packs collided. Three penalties and the sight of Pirates being shoved backwards with apparent ease – not only had Paves spitting feathers – but gave plenty of indication of an imminent score. Sam Edgerley’s dot down in the Clubhouse Corner confirmed this.

Will Cargill’s 17th minute penalty opened the hosts’ account and gave notice of their own intent.

A penalty try at the half’s midway point would have only been replaced by a genuine score anyhow. Worse for the visitors was Ross Grimstone’s fire being doused – as Anthony Woodstone adjudged the hooker to be at fault for the Pirates rumbling maul tumbling.

The Cornishmen’s desire to punish this personnel advantage happily arrived as Ross was straining at the leash to come back on. A moment of de ja vu in the Old Western national Corner was brewing nicely – as another Pirates maul built up steam. Sam Matevesi ( along with Robin Wedlake) already had his name pencilled in to the scoresheet – his score on the half hour merely tidying up the paperwork.

Thoughts of the Pirates cutting loose were quickly kicked into Mounts Bay. Some untidy defence allowed Richmond centre – Cam Hudson – in for a relatively simple try and it was game back on. Briefly.

Slick handling from a number of red shirted attackers – including Matt Bolwell – saw play quickly cross from left to right. Wedlake arrived at the scene of his inevitable score at pace – the winger never going to miss from there. Ditto Cargill’s conversion in the swirling wind.

Momentum was now with the home side. After the break – some quick thinking from scrum half Alex Day – produced the bonus point try, off the back of penalty at scrum time in Richmond’s 22.

More encouragingly – it gave indication that honours were evening up some in this department. A point highlighted post match by Joint Head Coach, Alan Paver – who’s praise for Tyler Gendall & Billy Keast stepping up to the plate, was effusive.

Fresh troops from both sides stemmed any flow to the contest and – not unsurprisingly with the clock ticking down – rendered the outcome a given with the Pirates enjoying a 17 point advantage with only ten minutes remaining.

But ‘Mond wouldn’t rollover – and why should they? A bonus point or two was still in sight – more so when US international Ronnie McLean nabbed a late try – converted by Roy Kirby. The final play threatened to go on till dark as the men in white strove to keep the ball live. But desperation eventually crept in and with it the lapse in concentration that brought proceeding to a neat conclusion.

Hopes of a further success now head to West London and a visit to Ealing who seem to be discovering some form of their own. Interesting times for sure…..