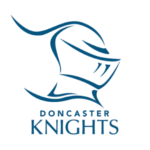 It was said pre-match that this Round 10 encounter in this season’s RFU Championship would be one ‘not to be missed’, and so it proved.

A 3rd v 4th contest ahead of the weekend, it provided an early Christmas cracker for the large and enthusiastic home crowd, who witnessed their team acquire a fully deserved bonus point win that saw them move back to second place in the league.

Arriving at this stage of the campaign only two teams had won against league leaders Ealing Trailfinders this season – the Pirates 15-12 at home in October, and the Knights 22-5 at their Castle Park ground just the previous weekend.

The Pirates made three changes in their starting line-up from the XV that  ran out at Jersey eight days earlier. Fit again full-back AJ Cant returned for what was his 50th appearance for the Pirates, Shae Tucker slotted in at inside centre, and tight-head prop Sam Rodman was making his first Championship start of the season. One name to highlight among the replacements was that of club captain Nicolas De Battista who, having been injured last season, was mightily keen to get his call off the bench. He pleasingly did.

There was a sense of anticipation, but without predicting the outcome, when on a bright and breezy afternoon this at times bruising encounter got underway.

After flanker Antonio Kiri Kiri as shown a yellow card, and then centre Rory Parata another, the Pirates were under the cosh a little in the early stages, with the penalty count against also inevitably a little worrying. The Knights were also able to derive benefit from numerical advantage, with wing Jack Spittle gathering a bouncing ball in an advance that ended when scrum half Alex Dolly went clear to score the game’s opening try at the Penzance posts. Fly-half Sam Olver added the extra two points.

Of no surprise, Doncaster Knights’ head coach Steve Boden had kept faith in his starting XV that had secured their fantastic victory over the Trailfinders, so it really was going to be interesting to see how this game would now evolve.

The visitors certainly looked the part, but how would things unfold once there was parity in numbers? Providing a simple answer, the Pirates would proceed to take control. Their pack appeared in ebullient mode when taking play deep into the Newlyn half, and following a number of penalty awards it was skipper Duncan who scored a try to the right of the posts. Fly-half Arwel Robson duly added the extras.

From the restart, scrum-half Tom Kessell worked the ball left and right to eager runners, and after the Knights continued to be penalised it was an unconverted try scored by hooker Tom Channon at the old Western National corner that put the Pirates in front. Also, to add to Donny’s woes, just before half-time Dolly was gifted a seat in the sin bin.

Despite their best efforts the Pirates were unable to add a third try to their tally before the break. However, returning for the second forty with an air of unfinished business, and despite playing into the wind, it was not long before Channon applied the necessary over the whitewash pressure for not just his second try in the match, but also impressively his sixth in the last six games.

Full focus was now on securing a bonus point proving fourth try, which was delivered in style. Initially under pressure, the Pirates worked the ball through several hands as they ate up yardage on the left flank. Tucker and wing Tommy Wyatt then combined in a truly potent attack that ended with Kessell scoring a converted try at the Penzance posts.

As the Pirates threw replacements into the fray, Caleb Montgomery became the fourth player in the match to be shown ‘yellow’ by Mr. Leal, and the Knights looked to take advantage. There was a fine run by replacement Harry Davey, although it came to no avail. He was one of two former Pirates in the Yorkshire team’s squad, the other being fellow wingman Maliq Holden.

Although in plenty of time remaining no more tries were scored in this match, that is not to say that both sides gave it their all – the Pirates in probing attacks and drives for the line, and the Knights defensively. Overall, it was certainly a very workmanlike and spirited effort by the Pirates to secure their convincing victory, with the last play of the afternoon seeing replacement fly-half Harry Bazalgette landing a well struck penalty for good measure.

Speaking after a game when home supporters departed in good spirits,

“After the yellow cards disruption at the start I felt we put in a massive physical effort to get back into the game.

“We knew there would be a physical challenge up front but, if we could get the upperhand there, then it would give us the opportunity to enable our gifted outside backs to get into the game – and that is how it worked.”

“Emerging strongly in the second forty when playing into the wind was important, and there were a lot of big performances out there, with Josh deserving his man of the match award.”