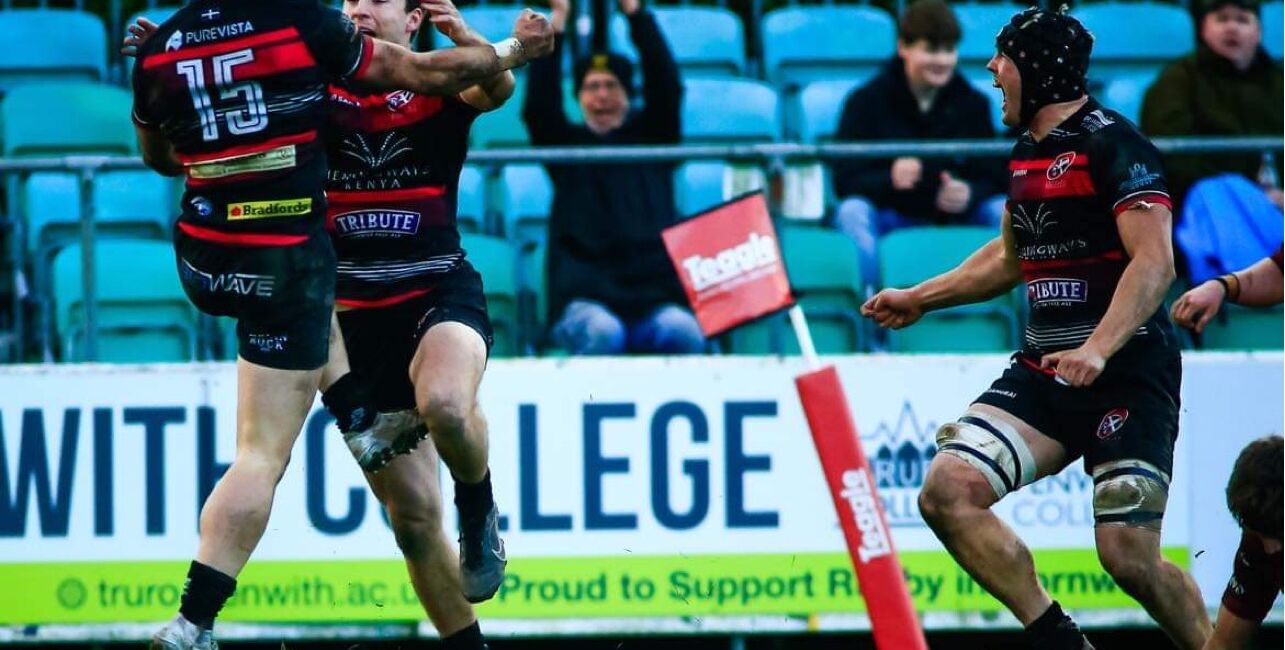 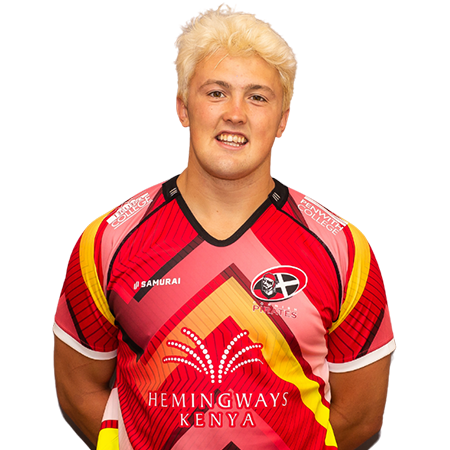 Completing their first block of three games in this season’s Championship Cup, Pool C leaders the Cornish Pirates made it three wins on the trot with this worthy home win against Ampthill.

This contest promised to be a keenly fought affair,and it was, remembering that when the teams met at the Mennaye Field in the league back in October the Pirates snatched victory from the jaws of defeat. Indeed, the 15-13 result was achieved in the very last seconds of the match, when wing Robin Wedlake scored a sensational try. The winger was one of three Pirates returning to the starting line-up for thiscontest, the other two being prop Marlen Walker and lock Will Britton.

Early afternoon showers made conditions a little slippery, and it difficult for handling, at the start of the match, as was clearly evident in the openingexchanges. Forceful for the Pirates were centre Shae Tucker and lock Cory Teague, and although the team went close to scoring on a couple of occasions it was all to no avail.

Ampthill’s half-back pairing of Lewis Finlay and Joshua Bragman were lively in endeavouring to seeefforts of their forwards rewarded, and when a penalty kick opportunity was gifted in front of the Newlyn posts midway through the first half, full-back Conor Rankin stepped forward to kick the game’s opening points.

Keen to react, within two minutes the Pirates opened their account when scoring a terrific opening try. Hooker Max Norey’s line-out throw right was swiftly transferred to scrum-half Tom Kessell via the hands of lock Will Britton, and with ball moved left it was Tucker who ultimately crossed the line following good inter-play with wing Arthur Relton. Fly-half Harry Bazalgette also landed a fine conversion.

A second penalty from Rankin would bring the visitors to within one point of the home side, beforejust on half-time the Pirates extended their lead when Norey’s converted try made it 14-6.

During the break, members of match day sponsorHall for Cornwall’s forthcoming ‘Treasure Island’cast were introduced to the crowd by Cornwall’s Ed Rowe (Kernow King), who will be playing the part of Long John Silver, whilst among the usual match day birthday wishes expressed, included on the list was one Dicky Evans who has just celebrated his 77thbirthday.

Looking for a good start to the second period, the Pirates got just that, with another very good try. The ball was worked well to the right, and registering his first score in Pirate colours was full-back Will Trewin, who ran, kicked and chased for animpressive touchdown at the Newlyn gate corner.

Striving for a bonus point providing fourth try was now the focus, and the Pirates twice went very close, only to be repelled by their admirable opponents whothen suddenly took play the whole length of the field and scored a converted try of their own throughflanker Caleb Montgomery. He and replacement backrower Paddy Ryan were two former Pirates in Ampthill’s ranks.

A scoreline now reading 19-13 was one to concentrate minds, and when a long–range penalty kick option was one attempted by the Pirates, it was not only well slotted by replacement Arwel Robsonbut also opened up a nine points advantage.

Throwing a little caution to the wind, good play from number 8 Seb Nagle-Taylor, centre Tommy Wyatt, Trewin, replacements AJ Cant and Ruaridh Dawson,almost saw the latter run clear, only for a knock–on to spoil the party. Fear not, however, as the team’s sought after fourth try would quickly materialisewhen Relton intercepted and made it a personal haul of five in three Cup matches.

Ampthill followed up with a consolation try, scored by Rankin at the clubhouse corner, whilst all in all the Pirates and their supporters could feel quite content at the end of what a was an entertaining afternoon.

“It was at times a bit of an arm wrestle, but I was pleased with the way the boys stuck at it in terms of what we have been striving to achieve.

“We created opportunities, then let them back in, butalso scored some very fine tries and, as part of a Cup campaign where we have seen some new faces and certain foundations of our games stripped back and then transferred onto the pitch, it has been pleasing.

“In reality, we couldn’t ask for much more from a series of matches that will provide us with some tough selection calls as a return to the league campaign beckons, and that can only be a good thing.”