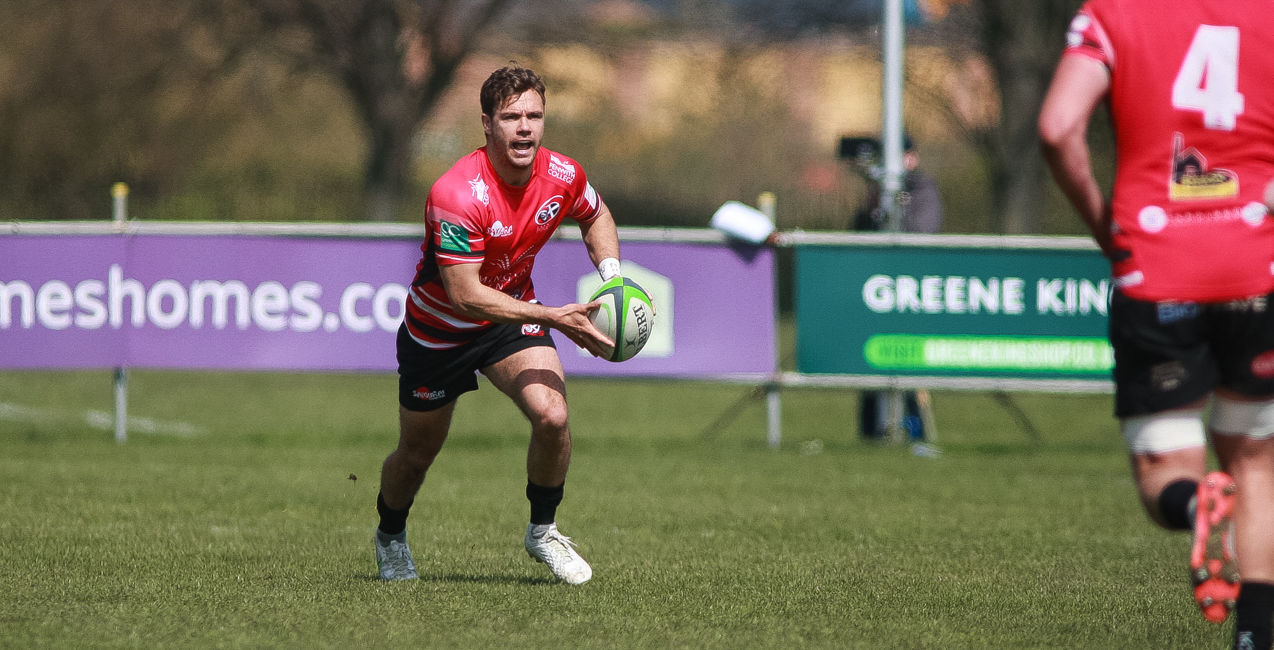 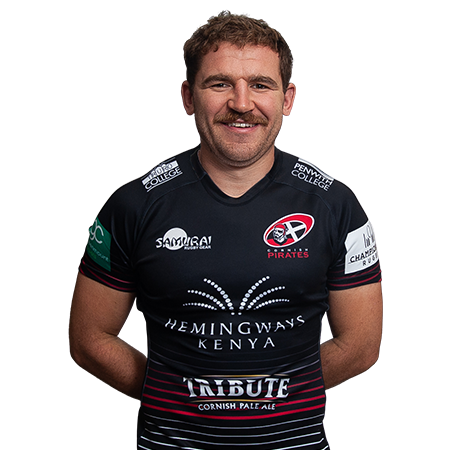 The sun may have shone. And the easterly wind may have blown and added it’s unique variable to proceedings. But it was the visitors, Ampthill, whose smiles at the end, pretty much summed up the end result. A win on the road that was hard fought for- and thoroughly deserved.

True, it was a much changed Pirates side – whose injury list of late has mounted – forcing a flurry of activity in the player loan market. But this cannot disguise the fact, that this was a game there for the taking, by whichever means to hand.

The opening exchanges however showed hope, with one of these loanees – Will Butler – was everywhere. Indeed his contributions played a big part in earning skipper, Will Cargill, an early penalty to gift a 3-0 lead.

An unconverted try for Alex Schwarz in the Old Western before the first quarter was done, only added to the feel good factor at that point. Eight points to the good it may have been been – but Harry Davey’s right hamstring thought otherwise. Last week’s try brace hero’s jinky run setting up the try opportunity, being the culprit.

This setback, if not disrupting the hosts that noticeably , did seemingly take the gloss off what was proving to be a controlled period. But chances to add to the tally were few and far between – with full back,Tommy Wyatt, cursing the bounce of the ball on a couple of occasions.

Ampthill meanwhile could only wonder how the land lay in their opponents’ ’22’ – the visitors having to settle with only a distant view. That said – with a couple of penalties won on the Pirates’ 10m line in the space of three late first half minutes. Up stepped fly half, Louis Grimoldby and a howitzer of a right peg – to laugh in the face of the testing conditions surely destined to foil him.

Credit where it’s due then – for the Pirates response to find their efforts were now only worth a meagre two point lead. Pressure was applied and composure maintained to provide John Stevens with an inevitable score at Newlyn Gate. Cargill’s second touchline attempt conversely suffering from the winds meddlesome effects again.

No matter, a seven point advantage and some fresh legs after the break may just be the tonic…..or perhaps not. Grimoldby’s 3rd strike in ten minutes at the turnaround rung the alarm bells more insistently. A try for debutant centre, Richard Streets, barely five minutes later – had them peeling ever louder with half an hour still to play.

Eventually some order was restored as the Cornish side finally enjoyed some time in the right areas of the pitch. Pressure mounted and Ampthill forwards, Blackmore & Bercis saw yellow in quick succession.

In between saw Schwarz nab a try out wide in the Clubhouse to drag the hosts back in front once more. But it still didn’t suggest a stable platform to build from. More so when replacement fly half, Russell Bennett launched another monster kick to peg the Pirates back.

Worse. Former Pirate favourite, Wardy was on to add his wily skills to the mix – forcing no doubt a subconscious finger count from those who ‘know’ in the red n black ranks. His experience told and Ampthill successfully negotiated their time with reduced numbers to set up a nervy finish.

Bennett’s late second penalty put them on their way – despite a gutsy attempt from the Pirates to play their way up the pitch with the last play of the game. A humbling lesson for those learning their trade at what is becoming a difficult end to the strangest of seasons.