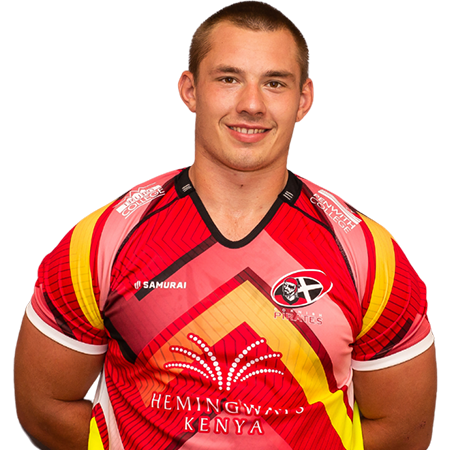 This seventh versus eighth contest saw the Cornish Pirates deservedly prevail under Friday night floodlights at the Mennaye Field, with thanks in particular to a convincing second half performance.

With club captain John Stevens and the previous weekend’s appointed leader Tom Kessell both injured, the skipper’s armband for the Cornish Pirates was this week worn by hooker Will Crane.  In Kessell’s absence Ruaridh Dawson made a return at scrum half, whilst there were two changes in the pack. Harvey Beaton was named at tight-head prop and, with lock Will Britton having picked up an injury last time out, James Fender started alongside Cory Teague in the second row.

Considering the amount of rain that has fallen of recent, with thanks to the quite considerable work of ground staff, on an initially dry and calm January evening conditions were surprisingly good at the start of a match.

Immediate early pressure was applied by the Cornish Pirates, however the ‘Green & Whites’ soon worked their way back up field following a strong carry by their skipper Josh Poullet. Indeed, holding territorial advantage deep in the Penzance half of the ground, they would open the scoring when in the ninth minute fly-half Jack Neville slotted an easy penalty kick on offer.

All but from the restart Nottingham threatened once more, this time through left wing Ryan Olowofela, as the Pirates were less than enjoying the opening quarter of the match.

Despite the team at least defending well, they could do little to prevent scrum half Liam Slatem landing a snap drop to extend the visitors lead.

After the Pirates lost the services of fly-half Harry Bazalgette, as he went off for a HIA, his replacement Arwel Robson was quickly into the action. An early run provided promise, and with further encouraging play from the Pirates they were soon on the scoresheet. Awarded a penalty, Robson kicked out of hand to the right, and from the resulting line-out, and then catch and drive – one given extra support by several of the backs – it ended with skipper Crane scoring his fifth Championship try of the season. On an inevitably difficult night for goalkickers, Robson was unable add the extras from out wide.

In the build to halftime the Pirates still had more defensive work to do, and they also welcomed back Bazalgette, but there would be no more scores before the break which arrived with Nottingham holding a narrow 6-5 points lead.

The second period started brightly for the Pirates, with Dawson soon making a fine break deep into enemy territory. Then, after the visitors were then temporarily reduced to 14 men following the sin-binning of Ryan Olowofela, it was replacement hooker Max Norey’s unconverted try, which followed a catch and drive at the clubhouse corner, that suddenly gave the Pirates a lead.

As the half developed, and with conditions getting less easier by the minute, the outcome was still too close to call, Yes, the Pirates were now showing dominance, but they still needed more points to add to hope and confidence.

Just past the hour mark the all-important score materialised, as the Pirates displayed patience and control before Norey made it over the whitewash for his second try that was this time converted by Robson.

The Cornish team was now very much in the ascendancy, and but for several knock-ons should perhaps have added to their score and secured a four-try bonus point, although in the final quarter the conditions obviously hampered their cause.

Credit was also due Nottingham who fought, despite it proving to be a lost cause, to the very end. That they were denied further points was due to the display by the Pirates who were determined to keep their opponents at bay. A perfect example followed Nottingham wing David Williams making a late run to the Newlyn gate corner where the defensive responses of backrower Seb Nagle-Taylor and wing Tommy Wyatt came into play to help thwart the danger.

Hey, it was late, it was wet, but the home crowd fully admired their team’s performance, and although not perfect, praise bestowed was fully deserved.

“In once again difficult conditions we are delighted with the win which backed up our really good performance against Doncaster Knights last week.

“That we came back from being 6-5 down at halftime, after having been under extreme pressure for large bouts of the first half, was pleasing.

“It was unfortunate that we lost the services of our captain Will Crane, but Max Norey stepped into the hooker role well and the likes of Rory Parata and Marlen Walker stepped up as leaders.

“Our defence was strong, discipline levels good, and the attitude right to the end was admirable. An example was in the dying minutes when we had to scramble back to deny Nottingham a try. You can’t coach that, because it is what is in them as individuals.

“To be a little critical I did think we left a bonus point out there in the second half, but to be fair conditions made it difficult as the game wore on and, overall, the determination was superb.”