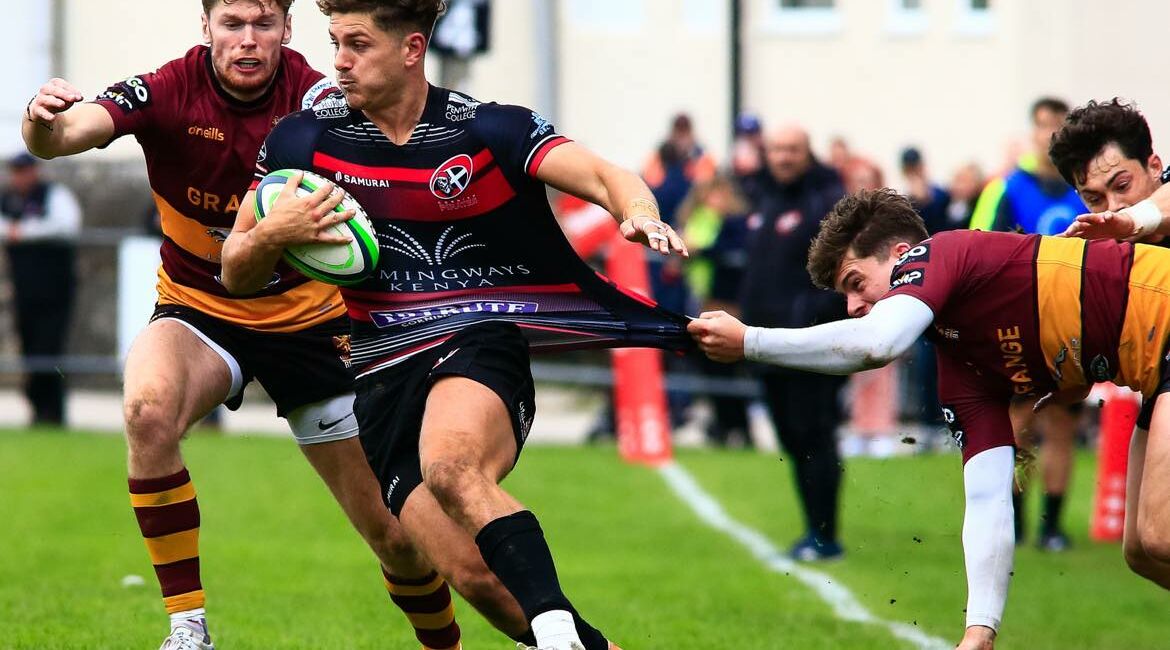 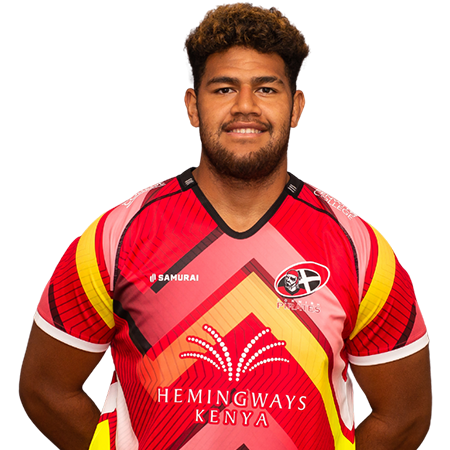 In the very last seconds of a competitive Round 5 Championship contest that the Cornish Pirates appeared all but certain to lose, they ultimately dug deep to conjure up a match winning try scored by wing Robin Wedlake. To the eyes of many they were fortunate to snatch the victory, but there was credit too for their perseverance.

Aware of Ampthill’s credentials, the Pirates always expected a likely tough encounter. The Bedfordshire side had won 20-18 at the Mennaye Field two seasons ago, whilst on their last visit in April they drew 28-all. They also arrived in Penzance on the back of a 59-7 win at home against London Scottish the previous weekend.

The Cornish Pirates team showed just three changes in their selected XV from the one that started away to Jersey Reds last time out. Wing Tommy Wyatt, lock Cory Teague and number 8 Rusiate Tuima, who are dual registered with Exeter Chiefs and were unavailable the previous week, returned to the side. On the bench, another player dual registered with Exeter Chiefs, lock/backrower Lewis Pearson, was expected to make his first appearance of the season for the Cornish Pirates.

The afternoon at the Mennaye, although a little dull and with a moderate breeze, was otherwise surely fine for playing some exciting rugby football. We would see.

Ampthill certainly got off to an impressive start and, after testing the Pirates defensively for a spell, it was a long pass from right winger Conor Rankin that found the hands of fellow wingman Ben Cambriani. A Wales 7s and former Ospreys player, he wasted no time to dash in for a try at the old Western National corner. Fly-half Gwyn Parks, however, was luckless with his conversion attempt from out wide.

The Cornish Pirates looked to respond and after holding territorial advantage for a short spell they settled for an opportunity to slot a penalty on offer. Fly-half Arwel Robson duly obliged.

The Pirates also showed glimpses of promise with ball in hand, particularly through number 8 Rusiate Tuima and wing Tommy Wyatt, but it was the impressive visitors who would score next. Following a line-out and then drive at the Newlyn gate corner, hooker Matt Gallagher suddenly took advantage of gifted space to cross for his team’s second unconverted try.

Again, the Pirates strived to hit back, with Tuima, full-back AJ Cant and scrum-half Ruaridh Dawson to the fore, but when the pack gathered to attempt to score wide on the right the effort was held up.

Leading to half-time the Pirates would though draw level, with hooker Will Crane scoring a converted try near the Penzance posts. However, just before the break Ampthill regained the lead through a penalty kicked by Parks. There had been a slight delay whilst injuries were attended to, including to Pirates’ lock forward Cory Teague, who was also shown a yellow card.

So, a 10-13 scoreline at the interval showed this contest to be as close as many had predicted pre-match, and it boded well for a competitive second forty.

Defences continued to be tight, but the Pirates were guilty of giving too many penalties away, and making basic errors. They were though still in with a shout, with fresh legs from the bench providing impetus. Among them were Pearson and prop Matt Johnson, with the latter very unlucky to be sin-binned late in the game. He had made a couple of strong carries, and then appeared to make a genuine attempt to intercept the ball, only to accidentally knock it on. Immediately shown his yellow card, it felt a case of zilch empathy being shown by the referee.

The incredible finale would soon follow, when the Pirates suddenly snatched a victory that most about the ground had thought most unlikely. Credit was thus due, and as Bill Shankly supposedly once said “Great teams aren’t great all of the time, only when they have to be.” Regardless, the win was one much needed to also provide a developing side with a welcome morale boost.

“We were really disappointed with our performance and, without taking anything away from Ampthill, completely underperformed in many aspects of our game.

“We looked flat, lethargic, never really got going, and were unable to fire a couple of shots in a row. Importantly, however, we did manage to stay in the game.

“For the neutral, and even our own supporters, you would say Ampthill would have been deserved winners, but we rallied to at the end hold our composure, keep the ball, and show that extra bit of grit which got us over the line.”