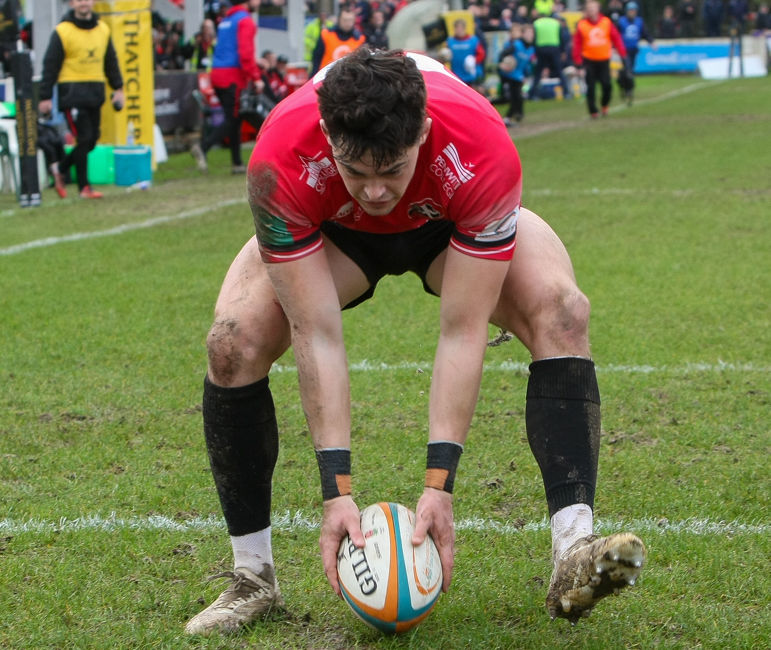 Next up for the Cornish Pirates is a Round 11 fixture in the Greene King IPA Championship away against Coventry on Saturday. Kick-off for the fifth versus second in the league contest at the Butts Park Arena is at 3pm.

There are several changes to the Pirates starting XV from the selection that ran out against Bedford Blues last weekend. In the backs Harry Davey and fit again Alex O’Meara form the wing pairing, replacing the unavailable Robin Wedlake and AJ Cant. Javier Rojas Alvarez, who replaced the injured Will Cargill on Sunday and is still the league’s top points scorer, is selected at fly-half. In the forwards, Jack Andrew returns at loose-head prop for the injured Marlen Walker, and Will Wilson is the selected blind-side flanker with James McRae moving to No.8. Josh Caulfield is another player unavailable this weekend, so Danny Cutmore is named to partner skipper Brett Beukeboom in the second row. Fresh faces on the bench are Hayden King and Fa’atiga Lemalu, who has made a welcome return to fitness.

Ahead of this weekend’s encounter, Cornish Pirates’ coach Chris Morgan has commented:

We had a really tough fixture away to Coventry last season, when under their floodlights and in poor conditions the result narrowly went against us.

It will no doubt be tough again this year, however they have since installed an artificial surface which we obviously know plays a lot faster and we are looking forward to it.

The more you train and play on artificial pitches the more you get used to them, and they most certainly suit for striving to play exciting and attacking rugby.

We have started 2020 well and we need to look to push on. The boys are motivated, and we want to eventually end up the season as high as we can.