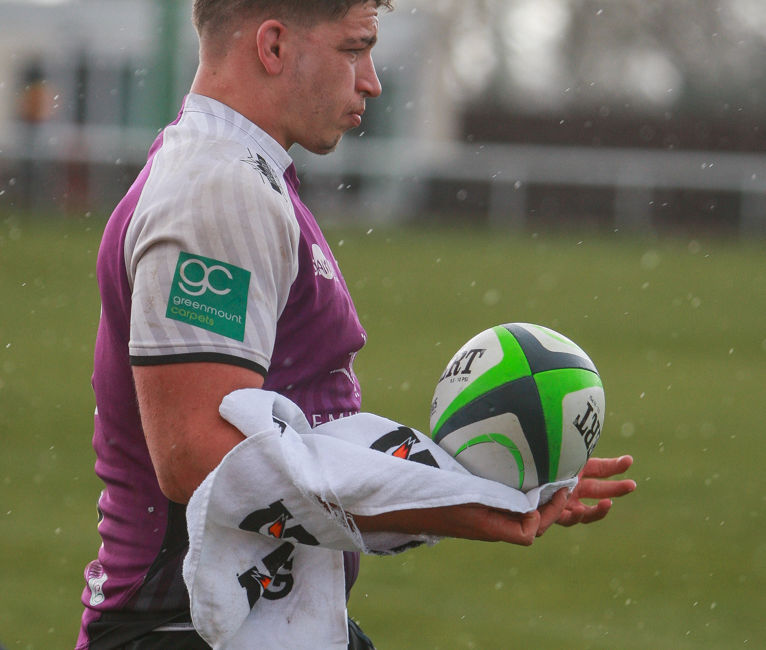 Pirates Expect a Tough Test Against the Knights

Next up for the Cornish Pirates is a tough Round 4 game in the Greene King IPA Championship, away on Saturday versus Doncaster Knights (ko 3pm). Both sides are unbeaten thus far this season and selected by the Pirates for what will be his 50th appearance for the club is hooker Dan Frost.

Following knocks picked up last week by fly-half Luke Scully and wing Robin Wedlake, neither will feature this weekend. Will Cargill is selected to wear the number 10 shirt, Maliq Holden moves from 15 to wing and Tommy Wyatt, who has impressed thus far with his appearances off the bench, will make his first start at full-back. At inside centre there is a welcome return from injury for club captain Nicolas De Battista, who replaces last week’s man-of-the-match and named replacement Shae Tucker.

In the pack, Fa’atiga Lemalu returns to the starting XV to partner Danny Cutmore in the second row, Josh Caulfield drops back into the blindside flanker berth and John Stevens switches to the openside in place of Antonio Kiri Kiri, who is named on the bench.

I expect Saturday’s match will be our toughest test. Yes, the epic win against Sarries is obviously still etched in the memory but after the last two games against Richmond and Bedford we know our performance is going to have to step up.

With a short turn around we also knew we would have to change and freshen up certain aspects, including getting our energy levels right.

On selection, Shae had a fantastic game last weekend, but we of course know that the centres, like the back row, get through a lot of work. Nicolas will be raring to go and it is also healthy to create competition.

As for Tommy Wyatt’s inclusion, he has done a great job off the bench in each game to date. A fine athlete, he has a fine boot on him, is powerful and aggressive and is a really good addition to our back three.

As everyone will be aware, because of present Covid restrictions it will not be possible to accommodate supporters at the game. However, Saturday’s fixture will once again be live streamed on a pay-per-view basis.

‘Tickets’ for the matches, priced at £10, can be purchased via the following link:   www.championshiprugby.co.uk/live-streams

In the first episode, co-hosted by Michael  Casey and Ben Gulliver, the pair chat with Alan Paver – Joint Head Coach of Cornish Pirates, as he approaches 20 years with the club. Alan talks of the club’s ambitions, that win over Saracens and the huge impact of Covid-19 on both the squad and the community.

Episode One is available now on Podbean, Spotify, Apple Podcasts and Youtube via https://linktr.ee/Champclubspod.