Pirates to Welcome ‘Cov’ in The Cup

Next up for the Cornish Pirates is this Sunday’s home Championship Cup quarter-final tie to be played against Coventry.

As previously announced there will be an earlier 12.30pm kick-off time for this important fixture, to give supporters the opportunity to view not just the quarter-final game but also immediately afterwards stay and watch on television screens the England versus Ireland match in the Six Nations (ko 3pm).

Cornish Pirates’ home matches in the Cup are ‘All Pay’, but with good news confirming that there was no increase to the ticket prices that were charged for the pool games. This means entry for those who purchased their tickets in advance was still just £10, sit or stand anywhere on a ‘first come first served’ basis – but for certain seats that have to be reserved for visiting committee, sponsors and those who attend hospitality. Entry on the day will be £15 and £1 for children under 16, with the gates open from 11am.

Advance tickets can be purchased on-line at https://cornish-pirates.com/tickets/

Returning to match action for the Pirates this week is wing Robin Wedlake, with Shae Tucker selected at inside centre. Three forwards who didn’t feature away to Newcastle Falcons last Sunday are No.8 Tom Duncan, open-side flanker Will Wilson, and prop Marlen Walker.

We are really looking forward to Sunday’s contest. When we recently played them away on their rubber crumb, we had a good old ding-dong and it was nip and tuck right to the very end.

Theirs is a decent side with good players who are well coached. Also, they are aspirational, so they mirror us in many ways.

It will be a physical fixture that has a lot riding on it, so anybody looking for a decent game of rugby this weekend just make it down to the Mennaye to support the lads. I think it is going to be a great match. 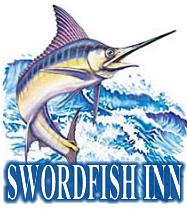